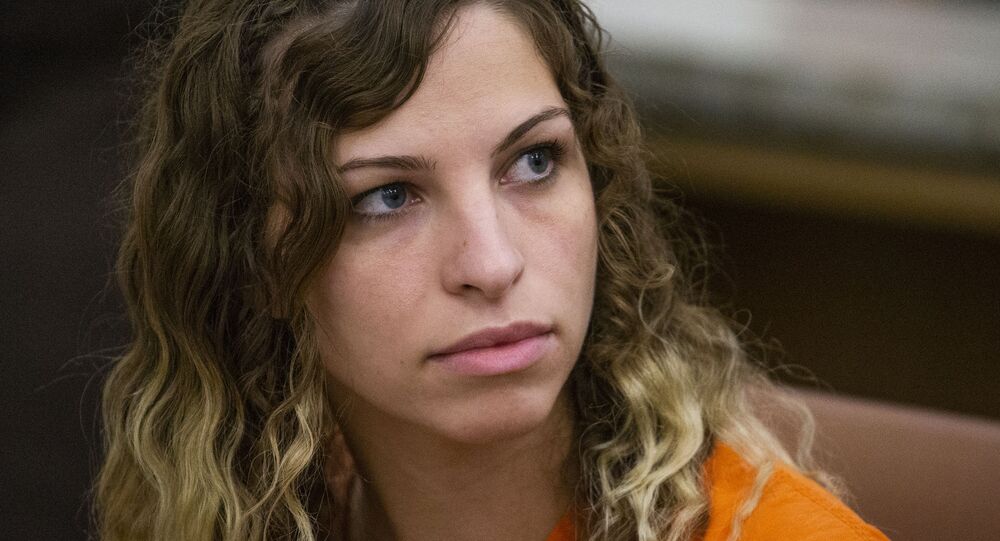 It seems that former teacher Brittany Zamora will spend next 20 years in prison after she pleaded guilty to sexual conduct with a student.

Former Goodyear teacher Brittany Zamora has been sentenced to 20 years in prison after she admitted to ten counts of sexual conduct with a minor, two counts of molestation and two counts of furnishing sexually explicit material to a minor.

Today Judge Sherry Stephens sentenced Brittany Zamora to 20 years in prison for sexual conduct with a minor, attempted molestation of a child, and public sexual indecency.

Brittany Zamora, 28, was a simple married sixth-grade teacher from Las Brisas Academy in Arizona until 2018, when one day parents of one of her students became suspicious of text messages their son was getting on his phone which they monitored with an app, according to police. Later, it was revealed that the spicy messages the boy got were from his teacher, Mrs Zamora herself.

In one such text message, the teacher told the 13-year-old student she wanted to have sex with him "every day with no time limit." The boy also replied to her and even sent love notes in class with "U R SEXY" written on them.

© Photo : Goodyear Police Department
A string of X-rated text messages the 13-year-old teen got from his teacher Brittany Zamora

The 13-year-old victim admitted to having sex with Zamora and she was reported to the school and police. The boy said their relationship started in a classroom chat group when his teacher started flirting with him and began sending him naked pictures of herself.

The teacher and the boy had sex in Zamora's car as well as in one of the classrooms in the academy while a classmate of the teen kept a lookout.

"Brittany Zamora betrayed our trust and changed [him] forever. Before, he was an innocent child, and now she stole his innocence from him. I hate Brittany Zamora for what she did to my son and family," the mom of the teen said in a victim impact statement read to the court. "To Brittany Zamora, I hope you spend every waking moment in your prison cell thinking about the horrendous crime you committed that got you behind bars. Now you'll spend the rest of your youth and most of your adulthood in jail...I will not allow you to interfere in my son's life further. Good triumphs over evil and you're just a dark shadow and our family will defeat you," the statement read.

Zamora, in turn, apologized to the victims and their families, saying she was "not a threat to society," right before she was sentenced. However, attorneys for the family of the boy said they were pleased to hear Brittany Zamora will be locked up.