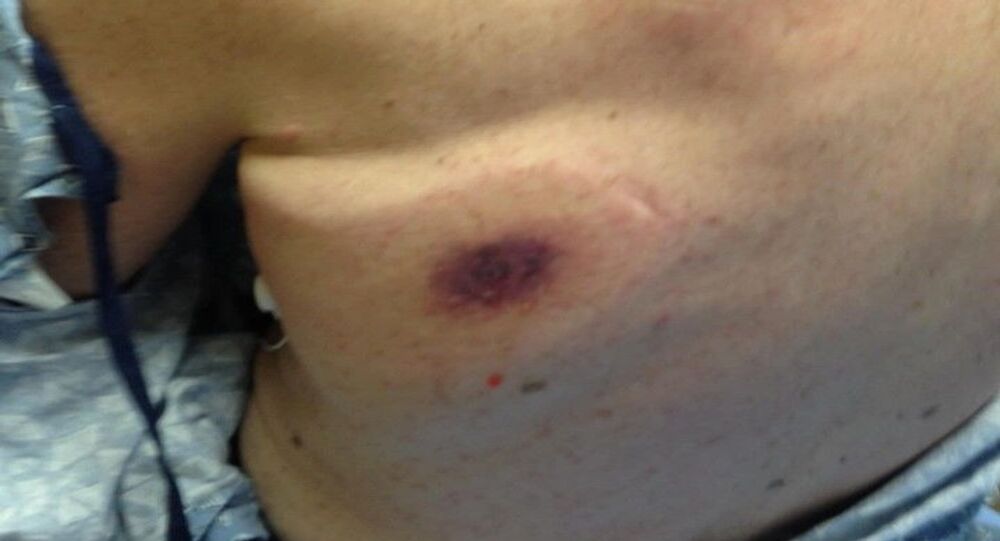 Vibrio vulnificus is found in high-salinity, brackish waters with warm surface temperatures. It can be found in streams off of the Gulf Coast and in southern states like Louisiana and Texas, especially between May to October.

A Florida Woman has taken to Facebook to warn others that flesh-eating bacteria is not an urban legend but a real thing which took her father’s life 48 hours after swimming in Florida waters.

In the post, Cheryl Bennett Wiygul of Niceville cautioned others that: “Flesh Eating Bacteria sounds like an urban legend... let me assure you that it is not.”

Recalling her seemingly joyful family holiday, “We had a blast,” Wiygul said, describing the week prior to the tragedy.

Wiygul’s father, Dave Bennett, travelled from Memphis to visit his daughter and her mother for a holiday.

She said that they had all been enjoying their day of jet ski riding and “throwing the ball around in the water” at Rocky Bayou, where Bennett got infected.

“We were out in the bay on the boat near Crab Island, went to the beach in Destin twice, splashed around Turkey Creek, swam in Boggy Bayou, in our pool and then on Friday we spent the day at Rocky Bayou,” she added.

“We left around 4:00 p.m. Daddy stayed up late Friday night and watched a movie. He was happy and talkative, seemed to feel fine as he did all week.”

However, Bennett awoke Saturday morning with a serious fever and the family decided the best thing to do was to “get him checked out” given his history with cancer and a vulnerable immune system.

Wiygul admitted in the post that she had heard the story of “a 12-year-old girl contracting bacteria that turned into necrotizing fasciitis (flesh eating bacteria) in Destin started circling around.”

Wiygul explained that she didn’t want to believe it as her family loves the water.

“My Dad didn’t have any open wounds. He had a couple places that were practicality healed small scratches on his arms and legs that I made sure were super sealed up. My mom religiously sun-blocked him. We were taking precautions and we were good, so I thought,” she added.

She explained that her father Bennett “battled cancer for many years” but he had “been in the water several times, so it didn’t seem like a risk” to go swimming, Wiygul said.

Her father passed away 48 hours after their trip to Rocky Bayou.

Wiygul praised the doctors for trying to save her dad and taking him back to Memphis hospital “immediately” around 8pm, but there was still nothing that could be done.

While her mother helped him get changed into his hospital gown, she spotted a “swollen black spot on his back” which was not there before.

Wiygul told her mother to inform everyone that he had contracted necrotizing fasciitis, but the replies she received were that the media had blown the rumour out of proportion and that it was likely “staph” and that they would not biopsy it.

Following a doubling in size of the blotch as well as the emergence of new marks all over his skin, Bennett became septic and his blood began to turn toxic, affecting his vital organs.

“They said his organs were too damaged and his blood was too acidic to sustain life. He was gone by Sunday afternoon.”

It was later confirmed by lab results that Bennett had contracted “Vibrio vulnificus, which manifests into necrotizing fasciitis (flesh eating bacteria) ultimately leading to sepsis,” as Wiygul explains.

She went on to say: “I didn’t realize he shouldn’t be in the water with his immune system. I feel like I should have known and that is something I will live with for the rest of my life.”

“I do believe if there was a simple sign posted about the risk of swimming with an open wound or an immune disorder, we wouldn’t have let him get in.”

A 77-year-old woman died as result of necrotizing fasciitis in June after swimming in Florida waters.

The Okaloosa Board of Directors confirmed in a post on Saturday the Health Department has no confirmed “any deaths due to flesh eating bacteria” and will be re-opening their beaches to the public after Storm Barry passes.