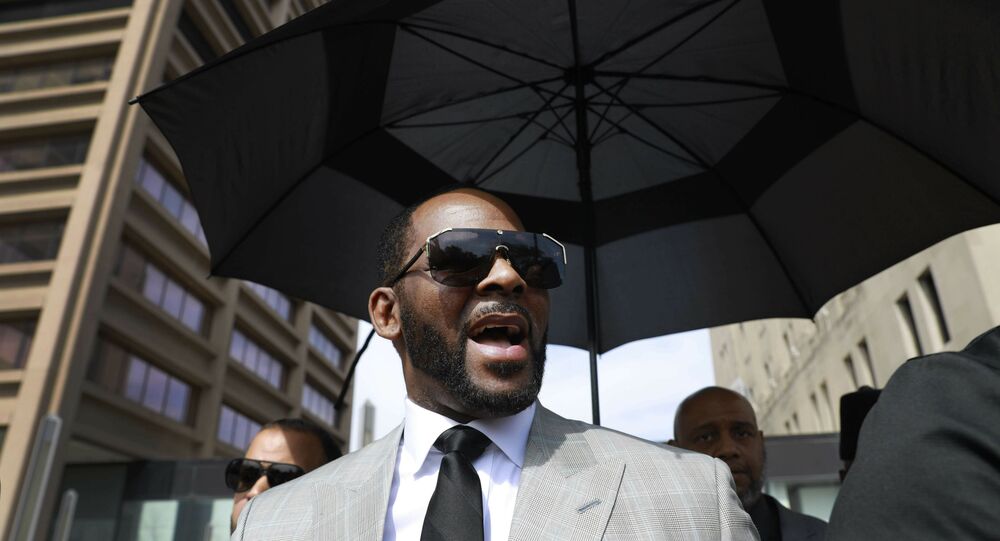 The R&B star was previously arrested and indicted in February on 10 counts of aggravated sexual abuse involving four victims, three of whom were allegedly minors.

Singer R. Kelly has been arrested on federal sex-related charges in Chicago, according to US officials, and is expected to be sent to New York to stand trial.

The embattled artist was first arrested in Illinois in February on accusations of abusing four women between 1998 and 2010. Three of the victims were underage when the alleged abuse occurred. R. Kelly denied any wrongdoing and was released on bail.

In May, prosecutors unveiled 11 additional felony counts of sexual assault and abuse, including four with a maximum sentence of 30 years in prison. He adamantly denied all allegations again.

They surfaced shortly after a riveting docu-series called "Surviving R. Kelly", which includes testimony of physical and sexual abuse by the star from several women.

A jury in 2008 acquitted R. Kelly on child pornography charges after a videotape emerged showing him having sex with a young lady identified as his goddaughter, who may have been as young as 13. However, the girl refused to show up in court and prosecutors failed to convince the jurors that the female in the video was the same girl.