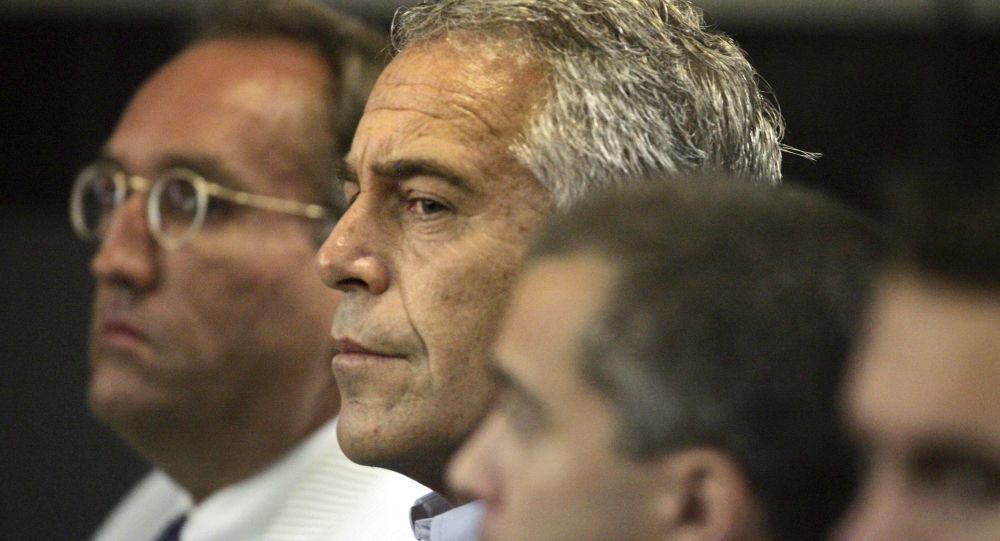 WASHINGTON (Sputnik) – Lawyers defending billionaire hedge-fund manager Jeffrey Epstein on charges of sex-trafficking of underage girls have asked a judge to release him on bail while he awaits his trial, a court filing showed on Thursday.

"Mr. Epstein respectfully submits that his conduct over the past 14 years proves that he poses no risk of flight or threat to the safety of the community," attorneys Reid Weingarten, Martin Weinberg and Marc Fernich wrote in the letter to US District Court Judge Richard Berman.

Federal prosecutors in the state of New York indicted Epstein on Monday on charges of running a sex-trafficking operation that lured dozens of underage girls to sex parties in his New York mansion and his estate in Florida between 2002 and 2005.

In doing so, prosecutors revived a case that ended in a widely criticized plea bargain in which Epstein was allowed to plead guilty in Florida to prostitution charges, serve 13 months in prison and required to register as a sex offender.

US Attorney Jeffrey Berman is asking that Epstein remain in jail until trial, arguing that Epstein is a flight risk because he frequently travels on his private jet between a home in France and five homes in the United States.

The federal prosecutor also argued that Epstein is a danger to society as a sex predator, citing the discovery of nude and partially nude photos of girls that appeared to be underage during a raid of his New York City mansion as Epstein was being arrested on Saturday.

In the letter, Weingarten dismissed the allegation by citing Epstein’s conduct since he was released from prison in Florida.

"A spotless 14-year record of walking the straight and narrow, complemented by an exemplary 10-year history of diligent sex offender registration and reporting, is compelling prof he was able, once the prior investigation commenced, to conform his conduct to the law’s dictates," Weingarten wrote.

The letter also included 14 conditions that would guarantee Epstein’s appearance at trial, including electronic monitoring by GPS during home detention in his New York mansion, with security guards and a court-appointed trustee in residence.

Epstein would also post a $77 million bond and demobilize his jet and all vehicles, the letter added.

The deal has been widely criticized and demands for Acosta’s resignation have grown throughout week, in part because none of the Florida victims were allowed to testify and the plea deal allowed Epstein to avoid more serious charges that carried a life sentence.

Weingarten said in his letter that prosecutors violated the plea agreement by encouraging victims to not only sue Epstein, but also to file criminal complaints in other jurisdictions.

It was not clear from the letter if efforts by defendants in the Florida case effort led to a decision to prosecute Epstein in New York.

Since the indictment was announced, additional women claiming to have been Epstein victims have contacted prosecutors, according to published reports.

In announcing the indictment on Monday, prosecutors said Epstein faces up to 45 years in prison, probably the rest of the defendant’s life given his age.