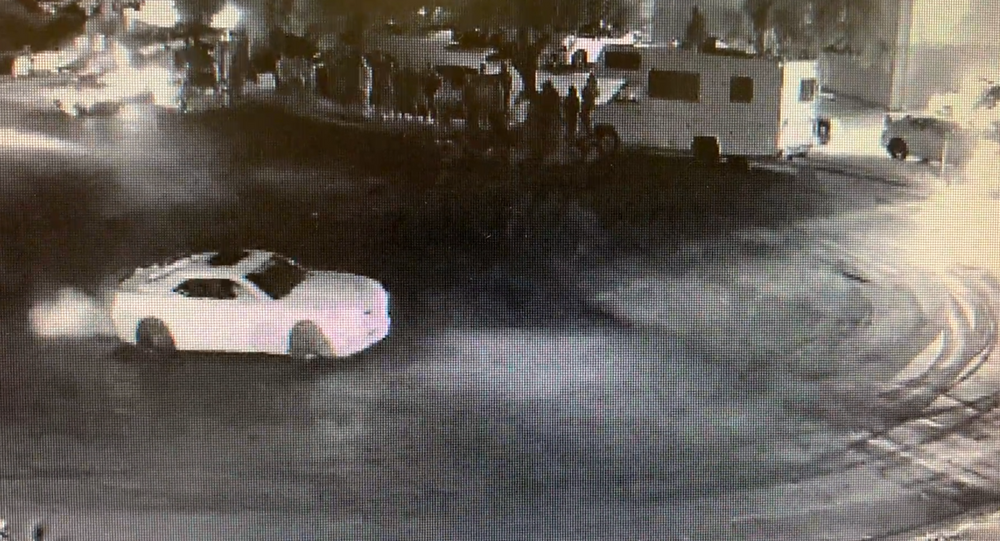 A group of California street racers’ drifting display quickly became the scene of a near-fatal assault against a 64-year-old bystander after he attempted to get a group of spectators off the roof of his mobile home.

San Diego County authorities are now searching for a group of street racers who left an elderly man with a fractured vertebra and severe head trauma that included a brain hemorrhage.

The mass beatdown reportedly occurred after street racers gathered at a scheduled “meet up” spot on June 28 to perform a series of burnouts and other stunts in the Kearny Mesa community of San Diego. To get a better view of the scene, at least three men climbed on top of an RV that the 64-year-old man was actively living in.

Conflict is said to have immediately ensued around 9:30 p.m., after the man came out to confront the rowdy racers and their spectators, according to the San Diego Police Department’s July 10 release.

On Wednesday, the SDPD and area Crime Stoppers released footage of the incident.

The first clip shows a 17-second look at the doughnut drifting maneuvers that were just a part of a much larger display in the cul-de-sac. Within the top portion of the frame, multiple individuals can be seen on the roof of the man’s RV.

The other clip released by authorities shows the aftermath of the altercation. The 64-year-old man is seen lying motionless on the ground as a group of assailants continue to kick and punch him. One individual even rustles through the RV owner’s pocket and retrieves what is believed to be a wallet before fleeing in a grey car.

Police say the vehicle used to peel out from the scene may be a 2003 Audi A4 sedan.

SDPD specifies the man was unconscious following the altercation. It’s unclear how long it took authorities, who were originally responding to the street racing disturbance, to find him.

A $1,000 reward is being offered by Crime Stoppers for information leading to the assailants’ arrest. According to their hotline, all calls and information will be treated as anonymous.