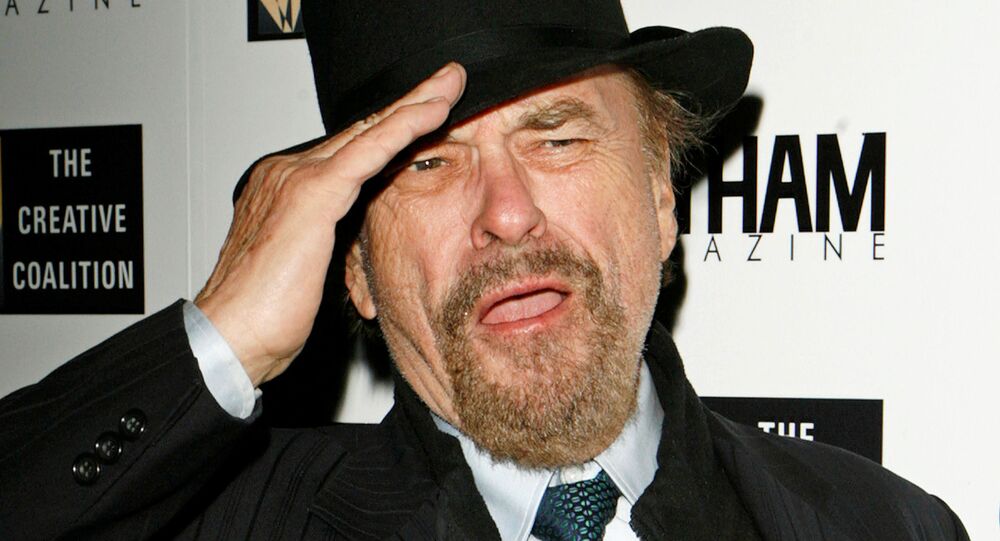 Elmore Rual Torn, commonly known as Rip Torn, is best known for his roles in Men in Black and The Larry Sanders Show, where he played the famously moody producer Artie.

Renowned character actor Rip Torn, born Elmore Rual Torn Jr, has died aged 88, having enjoyed an on-stage and screen career spanning seven decades. No cause of death has been specified, with the actor’s publicist Rick Miramontez noting that the star passed away on Tuesday afternoon at his home with his wife, Amy Wright, and daughters by his side.

His major achievements include an Emmy for playing Artie, Sanders' irascible producer in Garry Shandling’s production, as well as his sole Oscar nomination for the 1983 drama Cross Creek.

Will Smith, Torn’s co-star in Men in Black and its first sequel, paid his tribute by posting a joint picture on Instagram:

Fantasy author Neil Gaiman also weighed in, sharing that the actor had served as an inspiration for the Mr Wednesday character in his novel American Gods.

I met Rip Torn once, in 1990, on a movie location in NC. "You write science fiction?" he said, teeth in a scary grin. "I was in BEASTMASTER." Then he shook my hand and I ceased to exist for him. That was the start of Mr Wednesday in American Gods. RIP Rip.https://t.co/Fp7fVKtrDp

Alec Baldwin, who worked with Torn on the television comedy 30 Rock, in his turn, remarked that the character actor was " deeply committed, phenomenal” and “a wonderful madman”.

Family Guy creator Seth MacFarlane also, like many more netizens, underscored Torn’s iconic role of Artie in the Larry Sanders Show, as well as his part as Bob Diamond in the 1991 comedy Defending Your Life.

His other films included King of Kings, The Cincinnati Kid, and The Man Who Fell to Earth, in which he starred alongside David Bowie, before being picked to appear as Zed in the first two Men in Black films, along with playing Patches O'Houlihan in Dodgeball: A True Underdog Story.

He also hit headlines more than once over his colourful clashes in everyday life that saw him frequently labelled as a trouble-maker and hell raiser. For instance, in the 1970 film Maidstone, he attacked his pal Norman Mailer with a hammer while the cameras were rolling, Decades later, in 2010, he was detained and then released on bail after drunkenly breaking into a bank in Connecticut while carrying a loaded gun.

R.I.P Rip Torn. He was so great in Defending Your Life. I'll miss you Rip, you were a true original.

"Never think you're better than anyone else, but don't let anyone treat you like you're worse than they are." Rest in peace, Rip Torn, an unapologetic maverick and gifted actor whose singular presence on screens big and small was always welcome. pic.twitter.com/BnQEwzuFgz

you had the voice of a god...literally

see ya on Mount Olympus pic.twitter.com/NKhE6LPsAf

Wife of Legendary Actor of 'Lock, Stock and Two Smoking Barrels' Dies From Cancer at 53 - Report