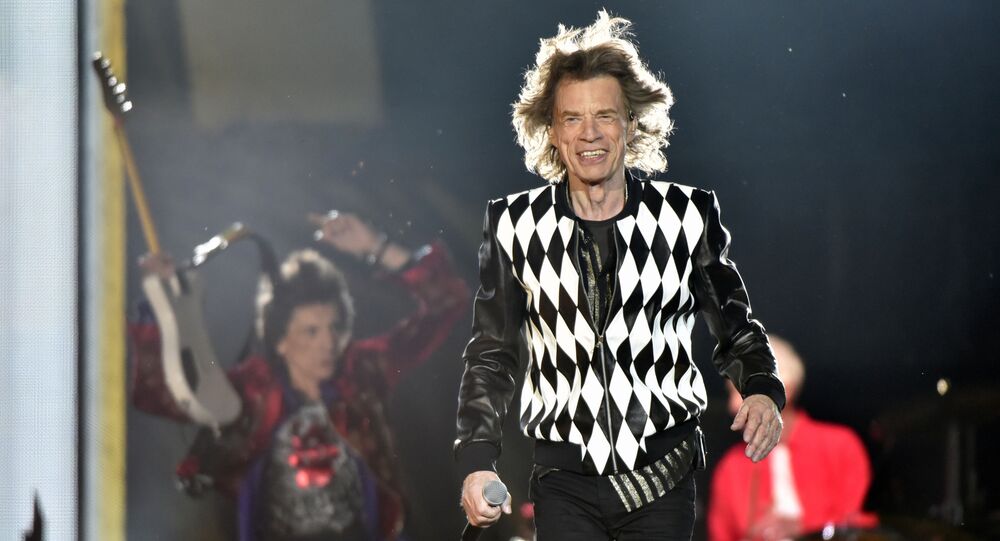 Trump’s blunder, which he has claimed was due to a faulty teleprompter during his 4th of July speech, has seen him ridiculed in the US and beyond.

Mick Jagger, 75, took a jab at POTUS Trump during a Rolling Stones live show, referencing the latter’s recent claim over US Independence weekend that the American army had seized airports during the 8-year-long American Revolutionary War in the 1770-80s – more than a century before the first aeroplane came along, having been first tested by the Wright brothers, Wilbur and Orville in the early 1900s.

Mick on the Revolution: “if only we had covered the airports things might have turned out differently!” 🇺🇸🇬🇧 pic.twitter.com/0vVtNzDJcx

The iconic British rock band’s frontman addressed the crowd at the Massachusetts show wishing them a happy national holiday remarking that the date had always been “touchy for us Brits”.

On Sunday night, Mick Jagger paused his band’s show at Massachusetts’ Gillette Stadium to take in the perfect New England summer evening. He said he hoped everyone had... https://t.co/LToaAphrBu

The legendary musician went on to say the president virtually made “a very good point in his speech the other night” adding, tongue-in-cheek, that had  the Brits “held on to the airports, the whole thing might have gone differently for us”.

President Trump shortly after the said speech blamed the blunder on a defective teleprompter implying that he automatically, without thinking twice pronounced what popped up in front of him as he took the floor.

The Rolling Stones, who are currently touring the US following a delay due to Mick Jagger’s recent heart surgery, previously issued a statement, calling out the head of state for using their hits "You Can’t Always Get What You Want" and "Start Me Up" during his rallies.

Tommy Robinson Begs Trump to Give Him Asylum, Saying UK 'Has Fallen'