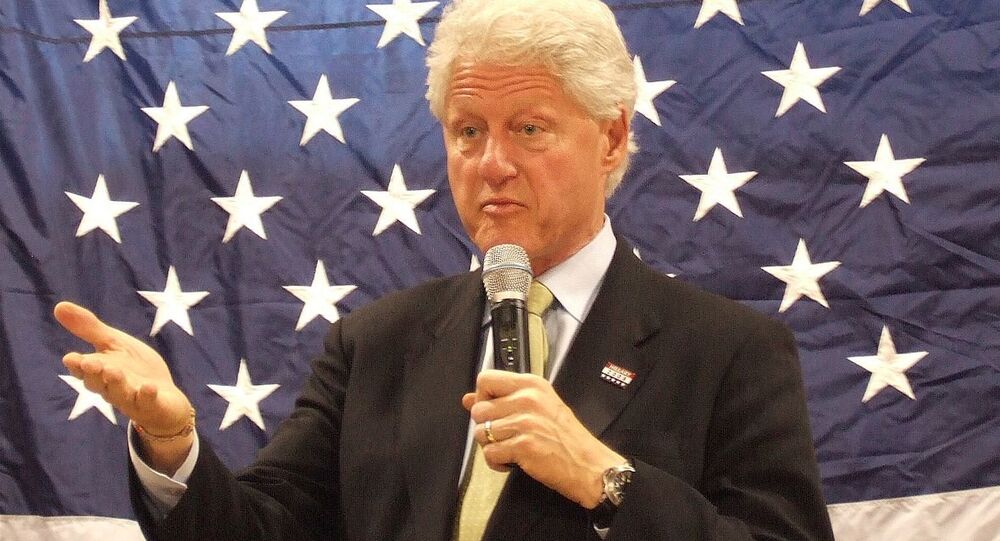 Bill Clinton's press secretary released a statement on Monday, saying that the former president of the United States "knows nothing" about the "terrible crimes" linked to Jeffrey Epstein.

State prosecutors earlier unsealed an indictment charging 66-year-old billionaire financier Jeffrey Epstein, who is known to have widely socialized with the political and cultural elite, with sex trafficking and sex trafficking conspiracy, targeting dozens of victims, some of whom were no older than 14. If convicted, Epstein faces up to 45 years in prison.

The statement published on the former president’s press secretary Angel Ureña’s Twitter page says that "In 2002 and 2003, President Clinton took a total of four trips on Jeffrey Epstein’s airplane: one to Europe, one to Asia, and two to Africa, which included stops in connection with the work of the Clinton Foundation."

"He had one meeting with Epstein in his Harlem office in 2002, and around the same time made one brief visit to Epstein’s New York apartment with a staff member and his security detail. He’s not spoken to Epstein in well over a decade, and he has never been to Little St. James Island, Epstein’s ranch in New Mexico, or his residence in Florida,” the statement adds.

​Meanwhile, prosecutors stated that hundreds, possibly thousands, of “sexually suggestive” photographs of nude underage girls have been seized from Jeffrey Epstein’s New York City mansion as part of an ongoing investigation into the sexual misconduct allegations brought against the financier.

Jeffrey Epstein appeared in a New York City federal court on Monday, rejecting the sexual abuse allegations and pleading not guilty to the charges he is facing.