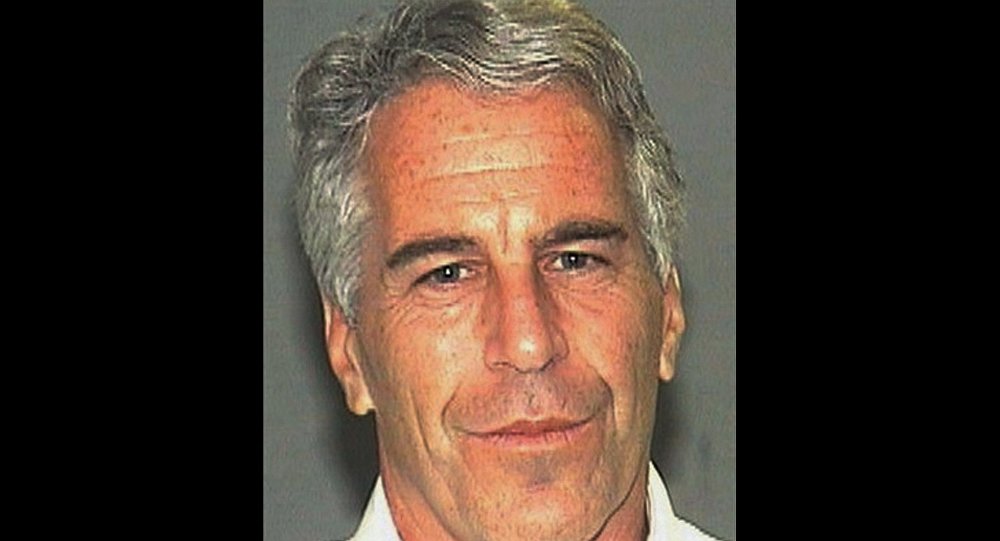 Epstein was arrested in New York and appeared in court on Monday, law enforcement officials told US media.

Financier Jeffrey Epstein, who was brought to federal court in Manhattan Monday, has pleaded not guilty to the charges of sex trafficking over a decade ago.

66-year-old hedge fund manager Jeffrey Epstein, who was previously investigated on more than one sexual exploitation charges, has been indicted Monday following his recent arrest on several counts of alleged sex trafficking and abuse of minors - more specifically, two counts of sex trafficking dozens of girls of about 14 years of age and one count of sex trafficking conspiracy. The charges carry up to 45 years in prison, if the businessman is convicted.

Federal prosecutors stated that New York-born Epstein had sexually exploited dozens of girls and paid victims to recruit others. One of the accusers told the Associated Press the latest charges stemmed from allegations that Epstein paid underage girls for massages and molested them at his New York and Florida homes.

"In this way, Epstein created a vast network of underage victims for him to sexually exploit," it said," the earlier unsealed indictment reads.

Epstein was detained in New York as he arrived in the US from Paris aboard his private jet and accused of the trafficking and abuse of the victims at his homes in New York State and Florida between 2002 and 2005, prompting Attorney David Boies, who represents several of Epstein's accusers, to refer to Saturday's arrest as "an important step toward getting justice for the many victims of Mr. Epstein's sex trafficking enterprise."

The indictment alleges Jeffrey Epstein paid hundreds of dollars in cash to girls as young as 14 to have sex https://t.co/cWi76xqwJR via @ric9871ric #news #popular pic.twitter.com/L75c921AHl

More than a decade ago, he reached a controversial plea deal in Florida over the case, thereby avoiding federal prosecution on the said charges. The deal has been since challenged in court by a number of Epstein's accusers, who argued they had been denied a chance to voice their testimony, in violation of the federal Crime Victims' Rights Act - the fact later confirmed by a Florida judge.

The Jeffrey Epstein indictment has been released. Details of his alleged NY scheme mirror the FL arrangement he was almost charged with a decade ago.

Nevertheless, US Department of Justice said in a court filing last month there were no sufficient grounds to cancel the agreement.

SDNY unseals the Jeffrey Epstein indictment. He's charged with two counts related to sex trafficking and accused of "creating and maintaining [a] network of minor victims in multiple states to sexually abuse and exploit"

The former hedge fund manager, well known for rubbing shoulders with show biz celebs and politicians, including former President Bill Clinton and Donald Trump, as well as royalty, first became a subject of investigation in 2005 after police in Palm Beach, Florida, received reports he had sexually abused minors in his lavish mansions there. Epstein said in court filings that his encounters with alleged victims were consensual and that he believed they were over 18 when they happened.

Among the prosecutors involved in the plea was Alex Acosta, then the US Attorney for the Southern District of Florida and now US Secretary of Labor for President Donald Trump. A spokeswoman for the Department of Labor on Sunday declined to comment on Epstein's arrest.

Democrats in the US House of Representatives called to task Acosta about his role in the Epstein case in April when the labor secretary appeared before the House Appropriations subcommittee on a routine budget issue. Acosta responded that human trafficking was "an in­cred­ibly important issue" and said his office's efforts ensured that Epstein faced jail time if proved guilty and had to be formally registsered in files as a sex offender in that event.

Reports of his current wealth vary, with his Virgin Islands-based fuinanial management firm generating no official public records. According to Florida court records, cited by NBC News, Epstein ownsproperties in the US Virgin Islands, New York, Paris, Mexico and Florida. He also has numerous luxury cars and motorbikes.

In 2003, he made headlines after injecting a $30m investment into Harvard University, meant for kickstarting a mathematical biology and evolutionary dynamics programme there.