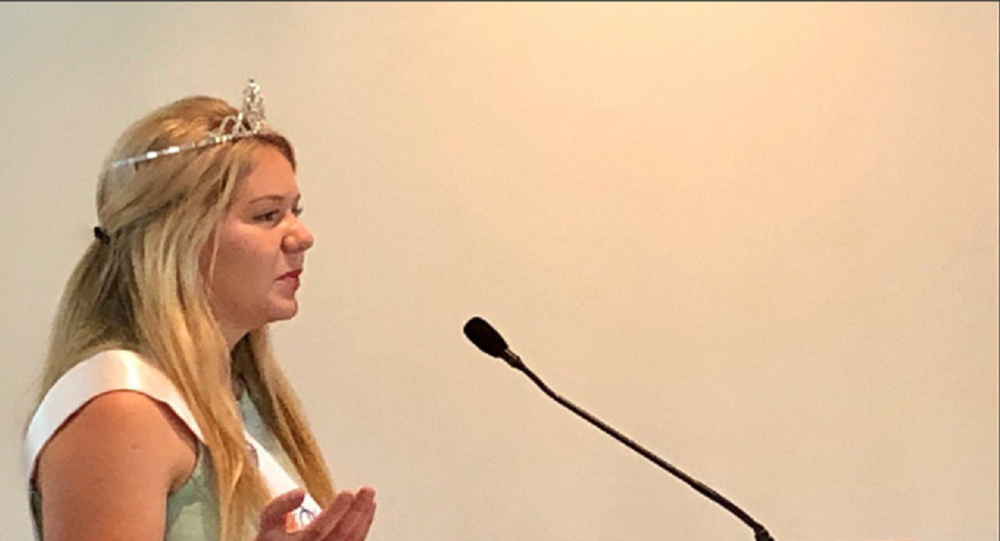 While the plane crashed in the vicinity of a tee box at a local golf course, it appears that the pilot was the only victim of the tragedy.

Lake Little, a "well-known teenager" and winner of the Miss Hospitality beauty pageant for her hometown of Starkville, Mississippi, perished when the single-engine plane she was piloting crashed into a golf course, local media reports.

Ron Guajardo, spokesman for the University of Mississippi, was quoted by Starkville Daily News as saying that the plane, which was affiliated with Civil Air Patrol, was performing "touch and go" takeoffs and landings prior to crashing near the 17th tee box at the Ole Miss Golf Course, adding that the only person on board was a female pilot who suffered "serious burns" in the crash.

The Starkville Academy family is grieving the loss of one of our own.  Lake Little, who graduated this past May, was a kind hearted, talented, and inspiring young woman who brought joy to so many people. pic.twitter.com/rvv8TMys2e

"No one on the ground was injured. The National Transportation Safety Board and Federal Aviation Administration have been contacted and will investigate the scene of the crash. We will provide further updates as they become available", he added.

Lake, the daughter of a local alderman named David Little, previously made headlines in local media "for her numerous academic and civic accomplishments, as well as competition in pageants", and was expected to take part in the statewide Miss Hospitality pageant later this month.