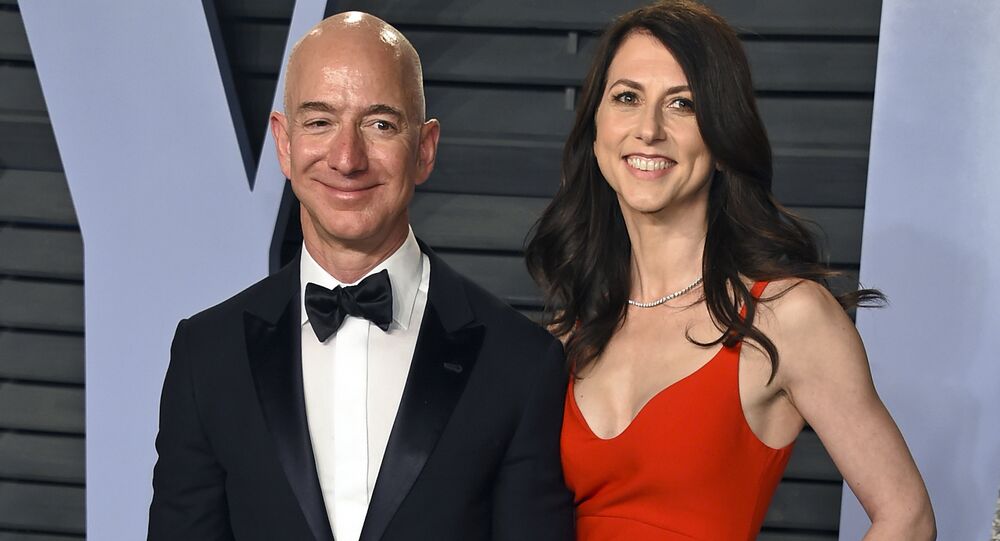 MacKenzie Bezos has already pledged to give at least half of her fortune to charity and also agreed to give all of her interests in the Washington Post and Blue Origin to Jeff.

Amazon founder Jeff Bezos and his wife MacKenzie Bezos have formalised their divorce which will propel her to the ranks of the world’s richest people.

According to Bloomberg, a Washington state judge signed the order on Friday, paving the way for MacKenzie Bezos, 49, to receive 4 per cent of outstanding common stock of Amazon.com, Inc., the most valuable corporation on the planet.

This stake is said to be valued at $38.3 billion, making MacKenzie Bezos the 22nd richest person in the world and the third-wealthiest woman, trailing only behind L'Oreal heiress Francoise Bettencourt Meyers and Walmart heiress Alice Walton.

Her ex-husband, meanwhile, will keep most of the couple’s shares, representing roughly 12 per cent of Amazon's shares, equal to around $114.8 billion. He will remain the company's biggest shareholder and will also retain the No. 1 spot on the world rich list.

MacKenzie Bezos, an award-winning novelist, has also agreed to cede all of her interests in the Washington Post and the Blue Origin aerospace company to Jeff Bezos.

In May, she signed up to the Giving Pledge, an initiative created by created by Warren Buffett and Bill Gates which encourages the world’s richest people to donate at least half of their wealth to philanthropy.

“There are lots of resources each of us can pull from our safes to share with others — time, attention, knowledge, patience, creativity, talent, effort, humor, compassion,” she said in a letter to the initiative.

“In addition to whatever assets life has nurtured in me, I have a disproportionate amount of money to share. My approach to philanthropy will continue to be thoughtful. It will take time and effort and care. But I won’t wait. And I will keep at it until the safe is empty.”

The former couple, who have four children together – three sons, and one daughter adopted from China – had been married since 1993, even before Jeff Bezos set up Amazon, with his ex-wife employed as one of the firm's first employees.

They announced they were parting ways in January, and reports soon followed that Bezos was having an extramarital relationship with former Fox TV news anchor and helicopter pilot Lauren Sanchez.

The National Enquirer, a US tabloid, later began exposing lewd details about the affair, including intimate text messages and photos that Bezos and Sanchez allegedly exchanged.

Bezos in response funded an investigation into how the tabloid obtained the messages, and claimed that American Media Inc. (AMI), the National Enquirer’s parent company, was driven by political motives in its coverage of the matter.

He also said that AMI executives threatened to publish compromising photos him if he stopped investigating, but the publisher insisted that it acted lawfully.