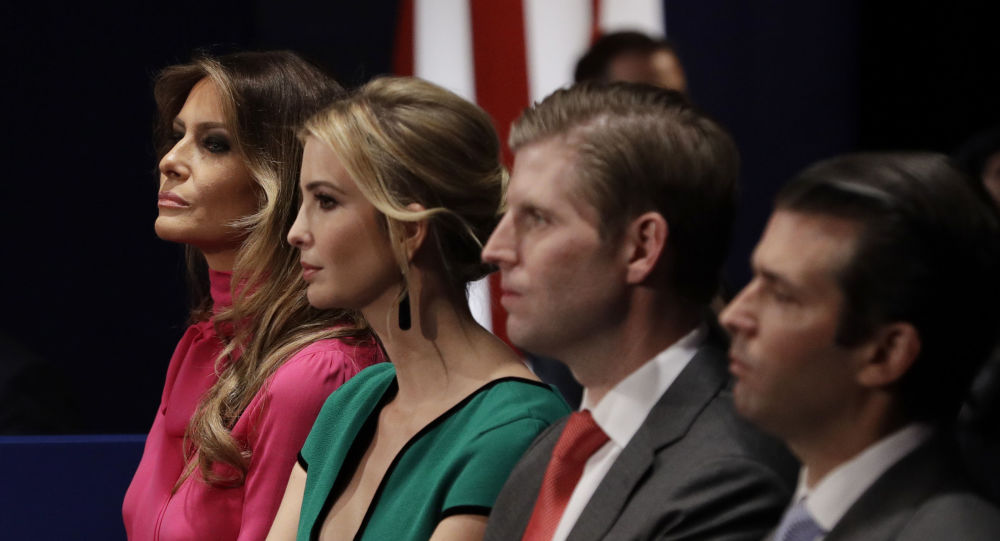 Earlier, in June, Ivana Trump announced she was breaking up with her Italian ex-husband Rossano Rubicondi, claiming the relationship had “run its course”.

After splitting from Ivana Trump, her ex-hubby, formerly ex-husband Rossano Rubicondi launched into a tirade about the First Family members Donald Jr., Eric and Ivanka, calling them “disgusting” and “stupid,” reports Page Six.

"These people are all about money. They don’t have a heart. They are garbage ... Don Jr. is an idiot. He’s a jerk ... put it down - a jerk. Put it in capital letters!”pic.twitter.com/P6pghsSezY

​When contacted for comment after news of the break-up, Rubicondi spoke of feeling “good respect” for Ivana, but claimed her kids had not impressed him during their romance.

“In regards for the rest of the family, I am not [a] big a fan of it. They have been rude to me.”

“…again and again, I hear of them speaking in terms [that] I don’t appreciate it. I don’t care who is your father or mother, you do not talk to me like that,” he said, adding in a defensive tone:
“No one touched a dollar or dime from their family . . . I don’t know [if that’s why they didn’t like me], but these people are all about money. They don’t have a heart. They are garbage.”

The scorned Italian also said: “Don Jr. is an idiot. He’s a jerk.”
“They are nobody . . . They are disgusting. We are talking about kids who are so stupid, except Ivanka.”

Rubicondi raged on, “They are a piece of scum. Before they say anything about me, I will wash their mouth out with soap! They are disgrace for human being.”

Page Six reported in late June that Ivana had dumped ex-husband Rubicondi — whom she divorced in 2009 only to reunite with him shortly after, claiming their relationship had “run its course”.
“I am once again a single woman,” Trump told Page Six.

“Rossano spends a lot of time in Italy and I spend a lot of time in New York, Miami and St. Tropez, and he has to work,” she said. “The long-distance relationship really doesn’t work. We had a good time and are friends. The split was amicable.”

The couple have reportedly known each other for 15 years. After dating for six years, they tied the knot in a lavish $3 million ceremony at Mar-a-Lago in 2008. They divorced in 2009 and dated other people before again being drawn together.

Ivana Marie Trump is a businesswoman and former model who was the first wife of Donald Trump. They married in 1977 and divorced in 1992. They have three children together, Donald Trump Jr., Ivanka Trump, and Eric Trump.