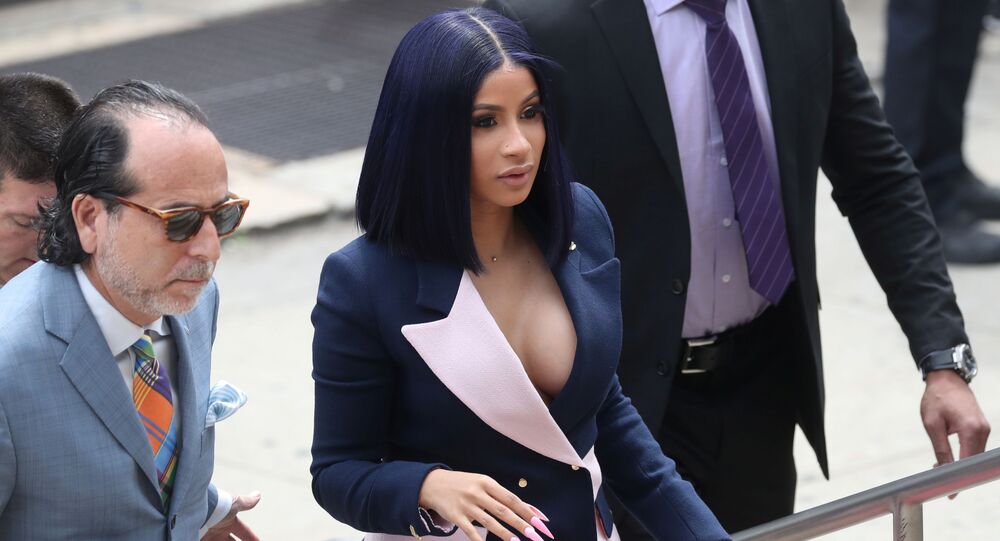 The rap star revealed that personally, she'd like to ask her “favourite democratic candidate” a question about police brutality.

Popular American rapper Cardi B has apparently once again delved into political issues as she addressed her Instagram audience and announced her intent to ask poignant questions directly to the Democratic presidential hopefuls.

According to MTV, Cardi settled on this course of action in order to figure out who among the candidates is "really about what they're preaching and will beckon positive changes for the future".

And now, to achieve this goal, she asked her fans directly which questions they would like the candidates to answer.

"Put your questions down below and your questions may be answered very soon", the rap star stated, noting that she herself would like to ask her "favourite democratic candidate" about police brutality.

Cardi delivered this statement in the wake of the first Democratic primary debate that was held in Miami, Florida on 27 June.

The event, which featured 10 presidential hopefuls attempting to leave an impact with the 18.1 million viewers who tuned in, was somewhat marred by a technical glitch that occurred when the debates entered their second hour.