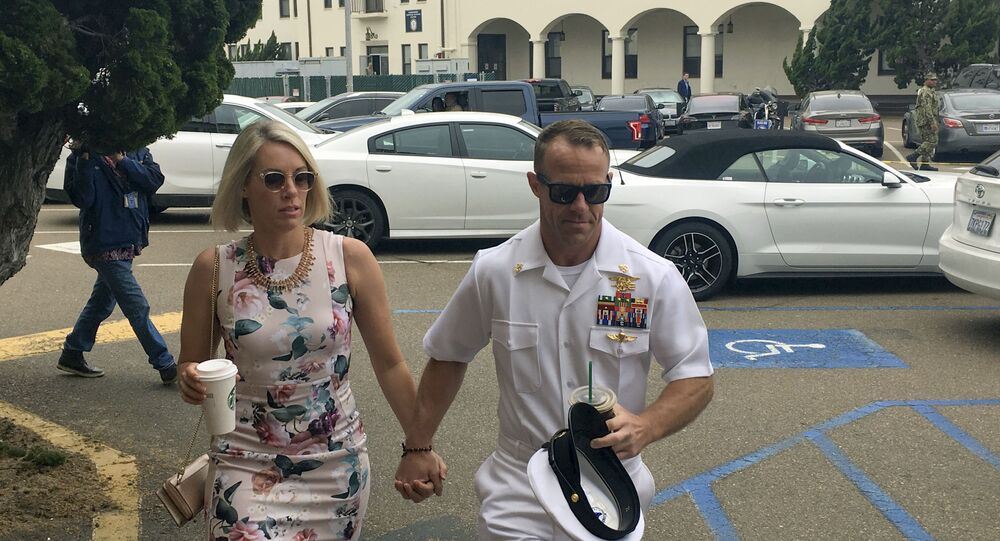 Edward Gallagher, a US Navy SEAL acquitted of murder in the death of a Daesh captive in Iraq, will nonetheless be sentenced to demotion in rank and pay for posing for photos with a combat casualty.

Gallagher's court martial has seen him sentenced on Wednesday to four months' confinement - expected to be recognized as time served - forfeiture of two-thirds of his pay for four months, and demotion by one rank, from chief petty officer to petty officer first class.

Gallagher, 39, was acquitted on Tuesday of both the murder of a captive Daesh fighter and attempted murder of two wounded, unarmed civilians in Iraq in 2017. A surprise twist in his trial arose when a prosecution witness, one of Gallagher's teammates who was present during the event, medic Corey Scott, dramatically revealed to the courtroom that he was the one who killed the Daesh fighter and not Gallagher. Scott said he watched Gallagher plunge the knife into the Daesh fighter's neck, but that the strike didn't kill him and "He would have survived." Scott said he then took the fighter's life after Gallagher left the tent where the prisoner was situated, arguing it was a coup de grace to save him the suffering that awaited him in the custody of Iraqi soldiers.

Sputnik reported in April that Gallagher's case revealed a widespread military culture of covering up war crimes, including not only Gallagher's personal intimidation of teammates to stop them from reporting it, but also the willful ignorance of superiors, according to the New York Times, which obtained a copy of a report on Gallagher from his home base of Naval Base Coronado, in San Diego, California.

Following Gallagher's 2018 arrest, several congressmembers became vocal defenders of the SEAL, as did US President Donald Trump, who intervened to order him freed from pretrial detention. It was widely reported in May that Trump was weighing pardons for a number of servicemembers accused of war crimes, and that Gallagher's was among the names.