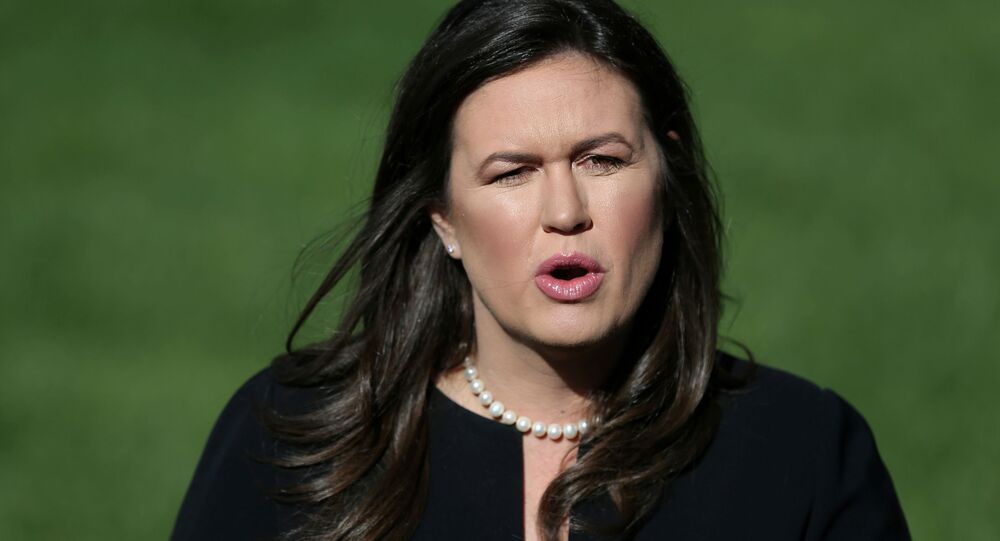 Following her last day as White House Press Secretary, Sarah Huckabee Sanders is reportedly shopping around for a book deal that would see her detail her 23 months under US President Donald Trump’s administration and spark interest in her as a candidate for public office.

Sanders, whose last day on the job was Friday, may be packing her things and exiting the White House, but the former press secretary is definitely not done with politics or addressing the public, according to a Sunday scoop from Axios.

According to the website, the 36-year-old Arkansas native is not only returning to her stomping grounds in August, but she’s also preparing to document her time as press secretary in a new book.

Though former White House staffers such as Omarosa Manigault Newman, Steve Bannon and Cliff Sims have gone on the record or written books about their time in Trump’s administration, Sanders’ account is sure to appeal to Trump’s political base, as she is one of the few former employees to still be in the president’s good graces.

Axios reports that in addition to using July to spend time with family, Sanders, who is the only child of former Arkansas Governor Mike Huckabee, is apparently eyeing her father’s old position.

Whispers of Sanders’ possible campaign for the 2022 Arkansas gubernatorial election began last month when Trump tweeted about her departure.

More recently, Sanders took to Twitter Sunday, continuing to use her platform in favor of Trump and against his opponents.

Sanders, perhaps in an effort to maintain support leading into her own campaign, will continue to assist Trump during his 2020 presidential re-election efforts, reported Axios.