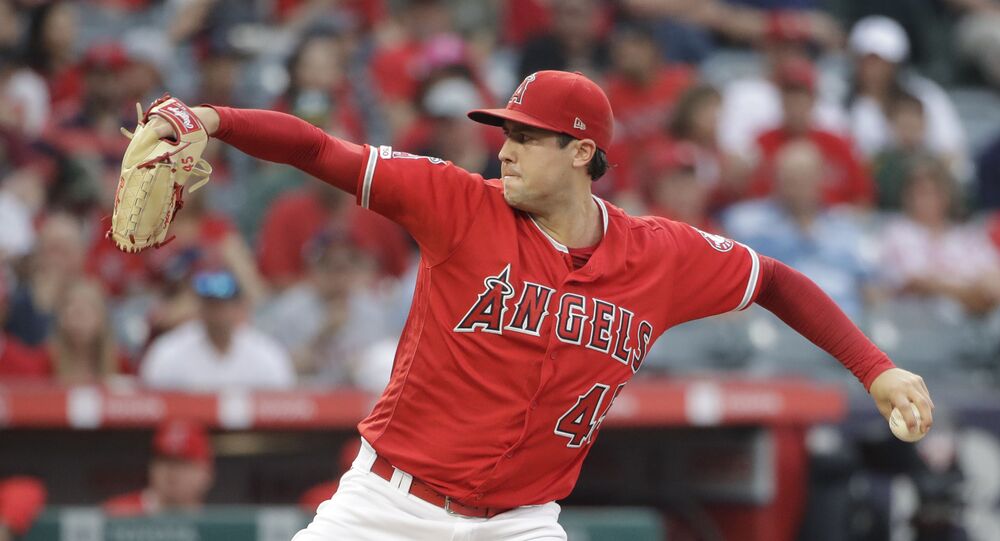 Los Angeles Angels starting pitcher Tyler Skaggs died early Monday at the age of 27. The team provided no additional details other than that his death occurred in Texas where the team is currently playing an upcoming series against the Rangers, the Daily Beast reported.

Skaggs last played on Saturday against the Oakland Athletics.

“Tyler has, and always will be, an important part of the Angels Family [...] Our thoughts and prayers are with his wife Carli and his entire family during this devastating time”, the team said in a statement

Angels statement on the passing of Tyler Skaggs. pic.twitter.com/6XA2Vu1uWV

According to CBS Sports, the Angels and Rangers will not play their scheduled game on Monday evening and will make the match-up in August. The remaining three games in the series are expected to be played.

Skaggs, who would have turned 28 on 13 July, has pitched in the majors for seven seasons. Most recently, he started against the Oakland Athletics on Saturday. Originally the No. 40 pick in the 2009 draft, Skaggs was traded to the Arizona Diamondbacks as part of a package for Dan Haren. The Angels later reacquired Skaggs as part of a three-team deal that also included Mark Trumbo and Adam Eaton, the CBS Sports reported.