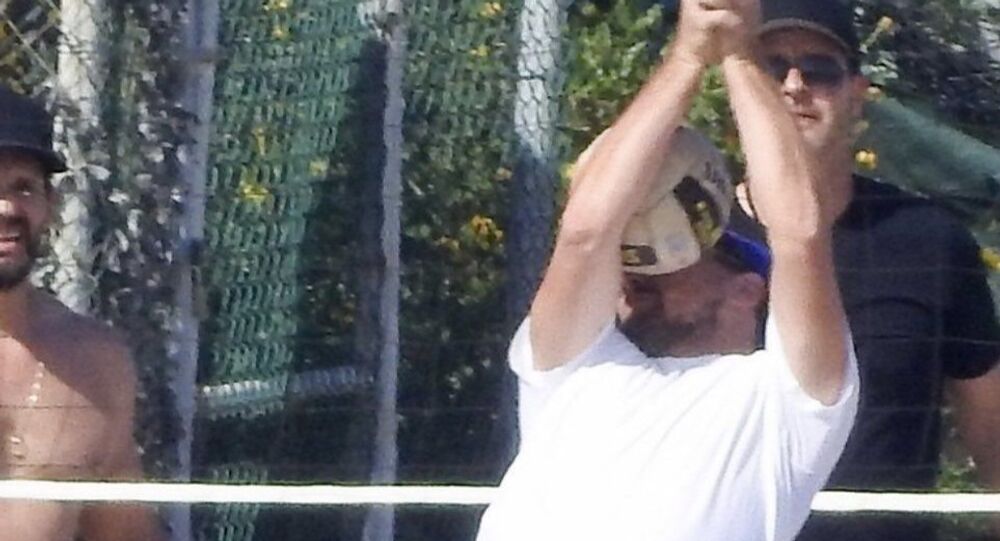 Hollywood celebrity Leonardo DiCaprio, 44, was photographed getting whacked in the face by a ball as he was playing volleyball with friends in Malibu over the weekend, and the photo went viral on social media

Tough day at The Beach.

​The International Volleyball Federation has taken to Facebook in good-humoured targeting of US actor Leonardo DiCaprio, as it posted a photo of the Hollywood celebrity playing beach volleyball with friends and getting whacked in the face with the ball, adding a caption that reads:“Is it too late to give Di Caprio an invitation to the World Cup?”

“If it happened to Leonardo di caprio, it can happen to anyone!”

Hollywood celebrity Leonardo DiCaprio, 44, was photographed getting hit by a ball in the face after failing to make a bump pass as he was playing volleyball with friends, including Robin Thicke and his fiancee April Love Geary, in Malibu over the weekend.

And while the hearts of fans might have skipped a beat in dread, according to Page Six, which reported the incident first, the “Titanic” actor emerged from the mishap unscathed, with only his pride hurt.

Twitter users had a field day with the viral photos.

Volleyball: Catch Me If You Can

​DiCaprio was recently in Cannes, Frances, promoting his upcoming film, “Once Upon a Time In Hollywood,” with co-stars Brad Pitt and Margot Robbie, set to hit the cinemas on 26 July.

Leonardo Di Caprio's Girlfriend Puts the Wild Back in the West

‘Not the Face!’: Photo of Leonardo DiCaprio Getting Hit by Volleyball Goes Viral