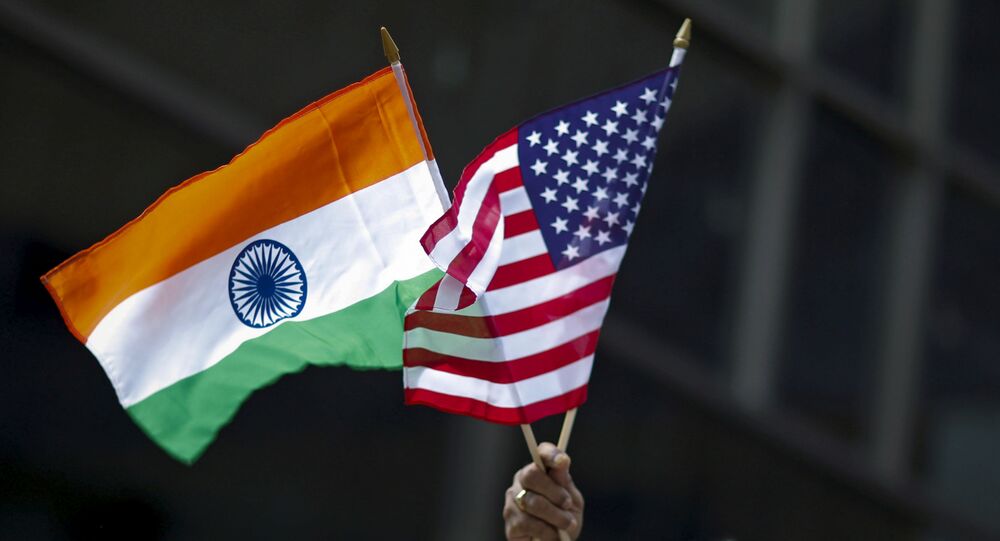 India has imposed tariffs on 28 US products, including apples and almonds. The country remains subject to US tariffs on steel and aluminium.

India has refuted President Trump's allegations regarding what he called a recent increase in its already high tariffs against Washington.

The Indian government said, as quoted by Reuters, that the tariffs are not that high compared to those of other developing countries.

Earlier, US President Donald Trump said on Twitter that he was looking forward to talking to Indian Prime Minister Narendra Modi about a recent increase in its already high tariffs against Washington.

I look forward to speaking with Prime Minister Modi about the fact that India, for years having put very high Tariffs against the United States, just recently increased the Tariffs even further. This is unacceptable and the Tariffs must be withdrawn!

The statement comes after Trump removed India, in early June, from the Generalised System of Preferences (GSP) programme, which gives duty-free access to the United States for products made in developing nations.

In doing so, Trump cited a failure by India to provide assurances that US products would have "equitable and reasonable access" to Indian markets.

Meanwhile, US Secretary of State Mike Pompeo has visited New Delhi for talks that will focus on shared interests in maintaining open navigation and expanding economic ties throughout the Indo-Pacific region.

India had been the biggest beneficiary of the GSP, which allowed the duty-free import of up to $5.6 billion in Indian goods.

The United States imposed 25 percent tariffs on imported steel and 10 percent tariffs on aluminium in March 2018. India immediately condemned the move since the country is one of the largest steel producers in the world. However, India's retaliatory duties were postponed six times, in view of the trade dialogue between the two countries.

After Counter-Tariffs, India Braces for Tough Time Ahead During Pompeo's Visit