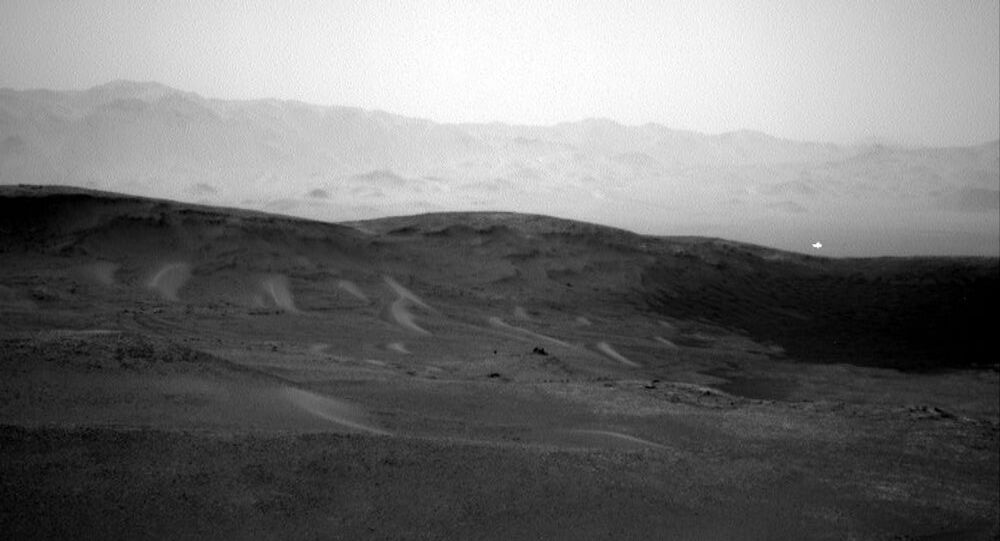 NASA’s Curiosity Rover has been continuously sending photos back to Earth since it landed on Mars in 2012, with the agency regularly releasing fascinating images from the Red Planet’s barren surface.

NASA’s Mars exploration robot, the Curiosity Rover, has reportedly spotted a genuine ‘anomaly’ above the Red Planet’s surface, as a photo taken on 16 June depicts a mysterious white light that appears to be floating in the Martian sky.

The black-and-white raw image was taken by the rover's right "navcam". It's not clear what caused the white blip, as photos taken immediately before and after the image show no bright flash in that spot.

The moment the snapshot went public, it sparked a frenzy of online comments, with UFO and conspiracy theorists pouncing on the image as likely evidence of existence of extraterrestrials.

@POTUS will somehow take credit for that ray of light.

Infra red photo so the light is just heat.

​NASA has denied the white spot was caused by aliens.There are several credible explanations offered for the glowing spot.
"It's most likely a sun glint or scattered light," NASA media relations specialist Andrew Good said.

"We've seen this many times throughout the mission."

A spokesperson told Fox News the anomaly was "likely an effect of the sun", with the streak simply a flash of sunlight bouncing off the Red Planet.
It was added that "images with effects like this" are seen "pretty routinely".

NASA, the US National Aeronautics and Space Administration, regularly releases images snapped by the Mars Rover, which landed on Mars back in 2012.
A similar photo of the Red Planet’s horizon was taken as far back as in 2014, but all speculation at the time was laid to rest as it was explained to be the sun reflecting off the rocky surface.