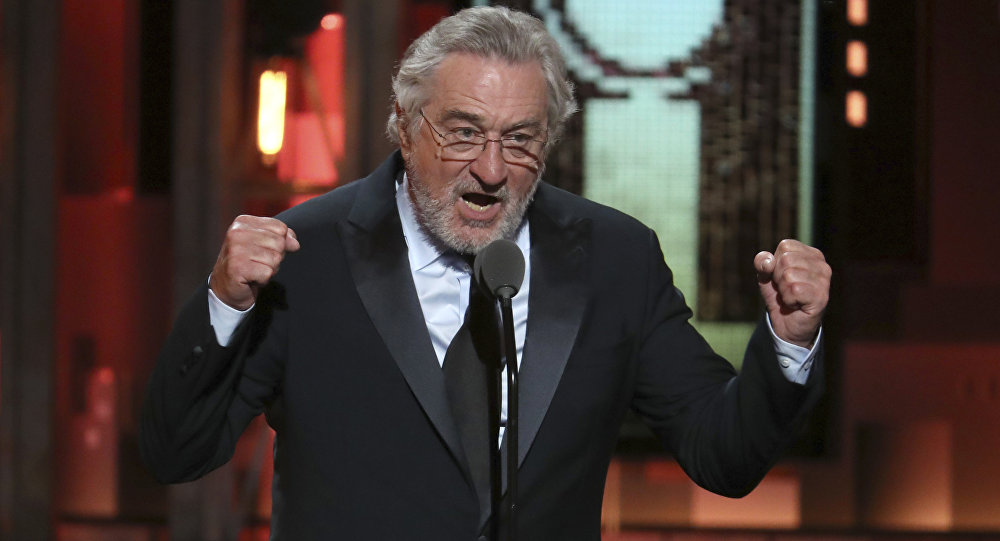 In a video released on Thursday night, cinema stars are shown talking through the findings and allegations made by former US Special Counsel Robert Mueller in his 448-page report.

Hollywood has taken another dig at US President Donald Trump, this time with a fresh video from NoThis in which Robert De Niro, Stephen King, Martin Sheen and a many other stars tag-team to look deeper into Mueller’s verdict over whether POTUS obstructed justice during his 2016 campaign and his time in the Oval Office.

"(Russia) interfered in the presidential election in sweeping and systematic fashion," Sheen said, before the stars went on to elaborate on the issue, claiming the Trump administration framed the roll-out of the report solely to sway public opinion.

Sheen suggested that before the report was released, Trump's Attorney General William Barr lied about its content while publicising a summary of the 448-page document.

The online video drew a wealth of reaction, with several lashing out at the effort.

“It's not prudent or practical...but it is ideological driven by some bad beliefs.”

I don't care what liberal, God denying, progressive, California hippies posing as actors and actresses have to say about anything! Poor choice of story @thehill

Many suggesting that having actors speak about the Mueller report is itself not sufficiently credible.

Lol why are there so many irrelevant people in that video. Robert de niro is an actor, thats not a credible at all😂😂

One user meanwhile opted for a conciliatory remark, inviting all to speak up:

I'm so happy they did this! "Democrats" "Republicans" as long as you're an actual citizen of 🇺🇸 ...we need more people who will speak up and stand up for what's right AND wrong.

Another pointed to the diversion created by US foreign policies in Iran:

Nah! Watching the US prepare to get a bunch of US soldiers killed over Iran. #BloodSport!

In April, US Special Counsel Robert Mueller presented the result of two years’ work – a much anticipated report on his investigation into alleged collusion between the Trump campaign team and Russia.

The Mueller report concluded that the Trump team did not have any ties with Russia, but described ten instances that may have constituted a possible obstruction of justice by the sitting president.

However, US Attorney General William Barr, who later reviewed the episodes, suggested that the evidence provided in Mueller’s report did not fully substantiate the obstruction allegations.

Russia has repeatedly denied any claims of interference in the US elections and in the US political system, noting that these allegations were invented to explain the election loss of Democratic rival Hillary Clinton, as well as divert public attention from such pressing issues including fraud and corruption.