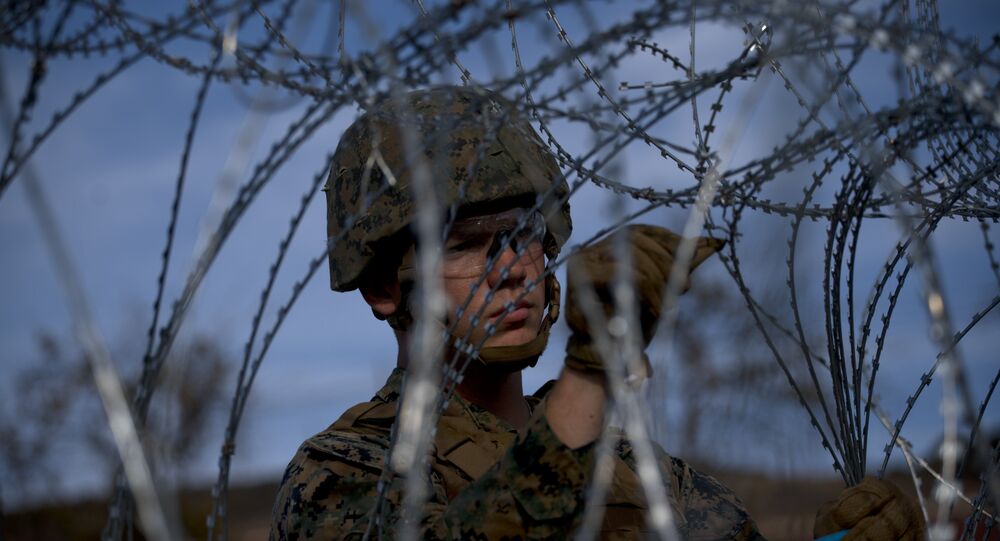 WASHINGTON (Sputnik) - Texas Governor Greg Abbott said on Friday that he would deploy an additional 1,000 National Guard troops to sections of the US-Mexico border amid a surge in migrant crossings, including 500 officers from the Texas Department of Public Safety.

Thousands of active duty and National Guard troops have been deployed to the US-Mexico border over the past couple of months to assist US immigration enforcement agencies with mobile surveillance and installing long stretches of razor-tipped concertina wire.

Earlier this week, US President Donald Trump announced that Washington would kick off the mass deportation of "millions" of illegal immigrants.

In particular, the US Immigration and Customs Enforcement (ICE) will launch an operation on Sunday in major US cities, including Houston, Los Angeles, Miami and Chicago, according to the Washington Post, citing three officials familiar with the matter who spoke on the condition of anonymity.

On Thursday, US Customs and Border Protection (CBP) chief Carla Provost told the US House of Representatives Homeland Security Committee that over 100,000 migrants had evaded arrest after entering the US illegally this year.

Mexico has faced pressure from the US over an influx of illegal Latin American migrants through the country's border. Trump announced a plan to step up trade duties on US  neighbor in a bid to fix what his administration described as a "crisis."

Earlier in June, Trump announced that the United States and Mexico had reached a deal guaranteeing that Washington would abandon plans to impose new trade tariffs in return for Mexico City deploying its National Guard to its southern border and working to dismantle human smuggling networks.

Several pedestrian caravans of migrants from Central American countries seeking asylum began to move toward the US through Mexico last fall. Trump called the surge of arrivals a "crisis" and declared a national emergency in February in an unsuccessful attempt to secure funds to build a wall on the border with Mexico.