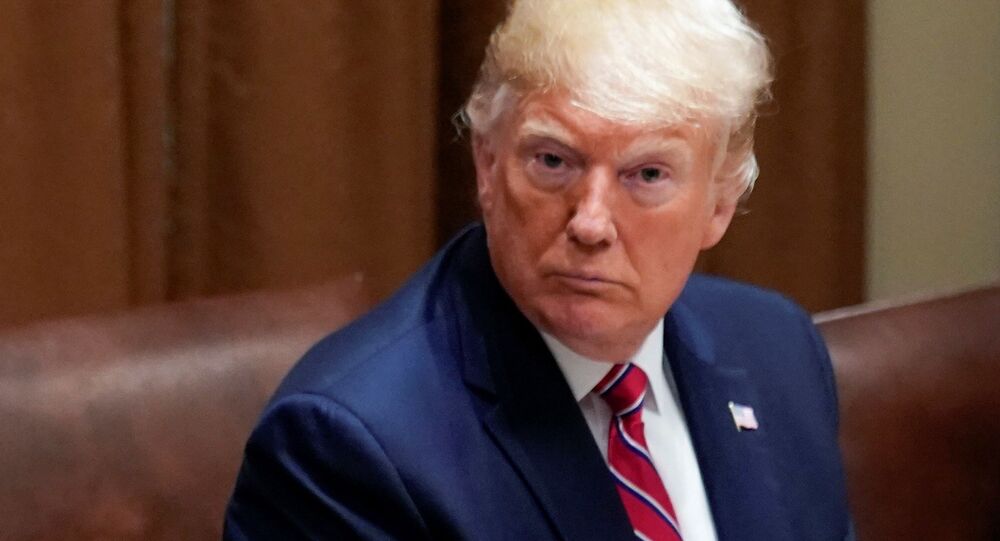 On Friday, US Treasury Secretary Steven Mnuchin said that there were new sanctions planned for Iran to be introduced on conditions unrelated to the unfolding international confrontation between the two nations. Trump nonetheless insisted that he has imposed new sanctions on Iran. What are you talking about, Mr. President?

This week’s US-Iran confrontation escalating the region to the brink of war has been averted. After Iran downed a US Global Hawk spy drone, it was a matter of conjecture whether Washington would retaliate with a military operation. Trump had claimed that he canceled a retaliatory strike with just 10 minutes’ notice, instead imposing new sanctions against Iran as his retaliatory measure. The only problem is that he has not done what he claims to have done, according to the Washington Post.

“Sanctions [against Iran] are biting & more added last night. Iran can NEVER have Nuclear Weapons, not against the USA, and not against the WORLD!” Trump tweeted Friday.

Treasury Secretary Mnuchin observed Friday that retaliatory measures against Iran are still on the drawing board, dependent on whether the Islamic republic will take measures against alleged money laundering and the financing of terrorism. These separate issues have nothing to do with the downing of the drone, the attacks on tankers or Tehran’s alleged nuclear weapons program - which Tehran got tired of denying.

Elizabeth Rosenberg, a former Obama-era Treasury Department official who worked on sanction policy, noted that she saw no indication that new sanctions against Tehran would be introduced by the Trump White House.

“He’s orchestrating sanctions policy from the hip and, as everyone looks around, it’s clear there were no sanctions rolled out last night,” she said, according to The Washington Post.

This is not Trump’s first time making misleading comments on sanctions.

The Washington Post report noted that earlier in March, Trump claimed he had “canceled” additional sanctions against North Korea that the US Treasury Department had allegedly prepared. In fact, the Department had no sanctions planned and struggled to explain what the president was referring to.

Earlier in 2018, Trump unilaterally withdrew from the so-called Iran nuclear deal and re-imposed sanctions lifted by the Obama administration. More recently, Trump refused to extend oil export waivers, cutting off Iran’s oil trade with China and several other buyers who had previously enjoyed sanction exemptions. These are the same sanctions that Trump appears to claim are “biting” the Middle Eastern nation.

The drone incident has culminated in a US military buildup in the region, as Washington sends troops, armored vehicles, bombers and a carrier strike group. Iran has repeatedly stated that it does not seek war with any nation, but warned that it will defend itself if attacked.

US Requests UN Security Council Session on Iran, Meeting Not Scheduled Yet – Source