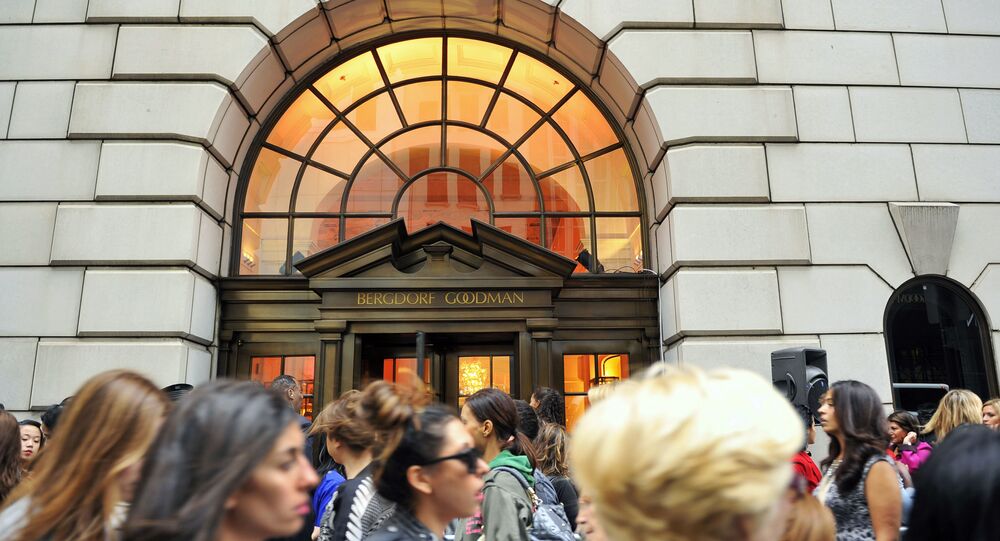 US President Donald Trump addressed allegations against him of sexual assault on Friday, just a few hours after popular American advice columnist E. Jean Carroll accused the president of “pulling down” her tights and “forcing his fingers” around her “private area” more than two decades ago.

“Regarding the ‘story’ by E. Jean Carroll, claiming she once encountered me at Bergdorf Goodman 23 years ago. I’ve never met this person in my life. She is trying to sell a new book - that should indicate her motivation. It should be sold in the fiction section,” Trump said in a White House statement.

​“Shame on those who make up false stories of assault to try to get publicity for themselves, or sell a book, or carry out a political agenda - like Julie Swetnick who falsely accused Justice Brett Kavanaugh,” he continued.

“Ms. Carroll & New York Magazine: No pictures? No surveillance? No video? No reports? No sales attendants around??” Trump said, adding that “false accusations diminish the severity of real assault.”

On Friday, New York Magazine published an excerpt from from Carroll’s new book, titled “What Do We Need Men For? A Modest Proposal.” In the passage, Carroll, 75, claims that Trump assaulted her in a Bergdorf Goodman dressing room in New York City 23 years ago.

In her vivid account, Carroll states that she agreed to help Trump pick out a lingerie gift after he asked for her advice. The president allegedly assaulted her when she tried on the lingerie in a dressing room after Trump insisted she do so.

​"The moment the dressing-room door is closed, he lunges at me, pushes me against the wall, hitting my head quite badly, and puts his mouth against my lips," she writes. "The next moment, still wearing correct business attire, shirt, tie, suit jacket, overcoat, he opens the overcoat, unzips his pants, and, forcing his fingers around my private area, thrusts his penis halfway — or completely, I'm not certain — inside me. It turns into a colossal struggle,” Carroll writes in her book, which will be publicly released July 2.

Carroll goes on to describes fighting off Trump before escaping the scene of the alleged attack.

"I try to stomp his foot. I try to push him off with my one free hand — for some reason, I keep holding my purse with the other — and I finally get a knee up high enough to push him out and off and I turn, open the door, and run out of the dressing room," she writes, also noting that she told two of her close friends, both female journalists, about the assault.

While one of them told her to notify the police, the other advised her to stay quiet. “Tell no one. Forget it! He [Trump] has 200 lawyers. He’ll bury you,” one of the women is quoted as saying.

Both unidentified women confirmed to New York Magazine that Carroll did speak to them about the assault that allegedly took place two decades ago.

At least 23 other women have accused Trump of sexual assault since the 1970s. He has denied all accusations.