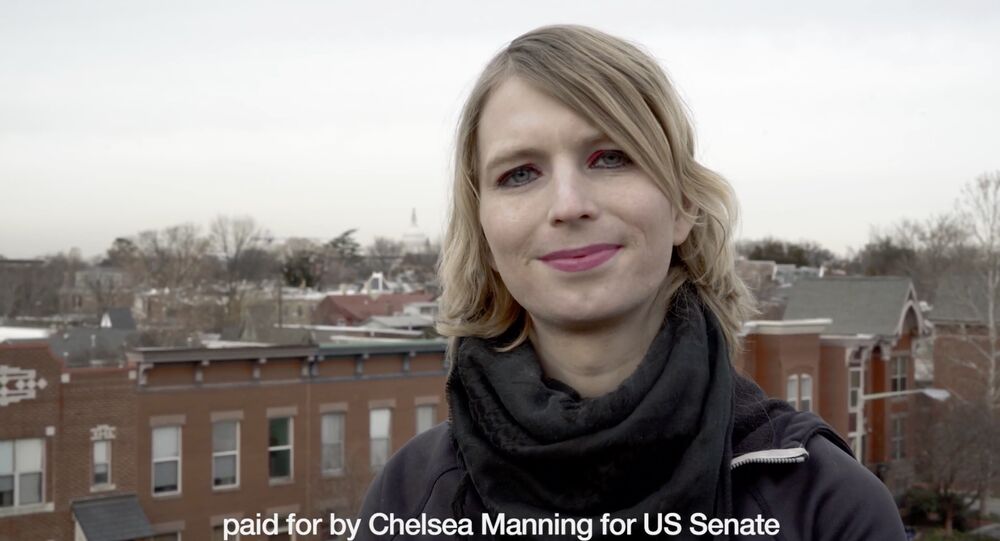 With Chelsea Manning facing a potentially unpayable volume of fines for defying a Virginia grand jury, the whistleblower is seeking relief by arguing that, because the fees are so colossal compared to her meager means, “they are essentially meaningless” and putative.

On Sunday, Manning began accumulating the daily fines imposed on her by US District Judge Anthony Trenga when she was returned to jail in contempt of a grand jury. After 30 days of internment, the former US Army intelligence analyst-turned whistleblower has begun to accumulate fines of $500 per day. After another 30 days, the fines increase to $1,000.

Manning could potentially continue to accrue these fines until the grand jury’s term expires at the end of 2020 - a total debt worth half a million dollars.

However, Manning is a woman of modest means. “The cumulative fines are so far beyond her ability to pay that they are essentially meaningless,” her lawyers argued in a Thursday filing at the federal courthouse in Alexandria, Virginia.

“The government, and maybe the general public, think that I have access to resources just because I am a public figure, but that’s just not true. Making money has never been my priority,” Manning said in a statement published by her lawyers on Sparrow Media Thursday.

Federal prosecutors have defended the fines’ magnitude because Manning has raised money to support herself online and because she has an upcoming memoir as well as a documentary on the Showtime network, the Washington Post reported. Manning’s lawyers say those projects won’t provide nearly enough to cover the potential size of the fines, though.

The whistleblower typically earns a living through public speaking fees; she says she has so little money she already had to fire her lone employee when she was first incarcerated in March, and she recently moved her belongings into public storage and abandoned her apartment in order to pay the coming financial penalties.

“I do the work I do for the same reason I do everything: because I want to make a difference. Now, my work has been totally interrupted by my incarceration. I definitely feel the costs of these sanctions, but I never expected to have a comfortable life, and I would rather be in debt forever than betray my principles.”

Earlier this week, Shadowproof journalist Kevin Gosztola told Sputnik that the fines could be the government’s weak spot, as a lawsuit may find them unconstitutional, as Manning’s lawyers have argued they are.

Aside from a one-week respite between grand jury terms in May, Manning has been locked in a Virginia jail since March 8 for refusing to cooperate with a grand jury that subpoenaed her for testimony. Manning has been held in contempt as part of a legal effort to compel her to testify. However, citing her adamant opposition to the concept of grand juries, she says “nothing will convince me to testify” and therefore argues that such punishments are purely putative and serve no purpose except to punish for punishment’s sake.

"I will not cooperate with this or any other grand jury. It doesn't matter… what it is or what the case is," Manning told members of the press on May 16 before her hearing. "The truth is, no matter what happens today… I'm not going to comply with this grand jury.”

Manning’s testimony is sought in an ongoing investigation into WikiLeaks founder Julian Assange, who is presently in a British jail on an unrelated charge but who has been indicted by US federal prosecutors on 18 counts, including from the 1917 Espionage Act, for his role in helping Manning to steal and publish damning US government documents in 2010. However, Assange maintains he didn’t help Manning steal the “Collateral Murder” files, only assisting her in covering her tracks, since she already had access to the documents.

Manning maintains that she already testified about the topic at length in her 2013 court martial and that the grand jury’s demands now are an attempt to trip her up by finding inevitable inconsistencies between a testimony now and the one she gave six years ago.