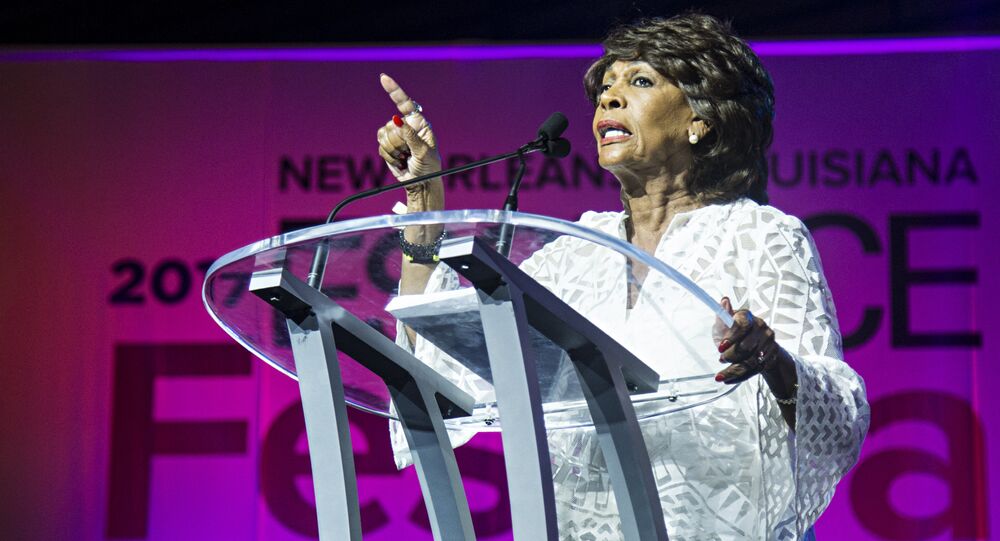 The congresswoman’s concerns were echoed by several prominent US lawmakers who argued that Facebook is already “too big and too powerful”, and pointed at the potential impact of company’s cryptocurrency venture on the global financial system.

As social media giant Facebook moves to roll out its very own cryptocurrency, US Rep. Maxine Waters, chairwoman of the House Financial Services Committee, has declared that Congress is going to "move aggressively and very quickly" to examine the project.

In a statement issued on 18 June, the congresswoman asked Facebook to delay this endeavour, which she described as a continuation of the company’s "unchecked expansion and extending its reach into the lives of its users".

"We don’t have a regulatory agency to oversee who they are and what they’re doing", Waters told CNBC's Closing Bell. "This is like starting a bank without having to go through any steps to do it".

She also remarked that the way Facebook "has conducted itself in the past", along with the company’s consumer protection, data and privacy issues, are all reasons for a congressional hearing.

"There are a lot of issues with Facebook. They’re creating their own cryptocurrency — it’s going to be an alternative to the dollar, so I think it’s very important for them to stop right now what they’re doing so that we can get a handle on this", she surmised.

Waters’ concerns were echoed by other prominent lawmakers, as senior Republican on the House Financial Services Committee, Rep. Patrick McHenry, has called for a hearing in light of the cryptocurrency project’s "potential unprecedented impact on the global financial system", while Sen. Sherrod Brown, senior Democrat on the Senate Banking Committee, said that Facebook is "already too big and too powerful, and it has used that power to exploit users’ data without protecting their privacy".

© REUTERS / DADO RUVIC
A 3-D printed Facebook logo is seen on representations of the Bitcoin virtual currency in this illustration picture, June 18, 2019

Earlier, Facebook announced that it plans to launch a digital currency called Libra by 2020, which is expected to assist billions of social media users in conducting international transactions.

The Facebook 'Calibra' digital wallet will enable users to "send Libra to almost anyone with a smartphone, as easily and instantly as you might send a text message and at low to no cost".

Facebook also plans to offer new services to allow users to pay bills or cover the cost of their public transport fares while making purchases with "the push of a button" or "the scan of a code".