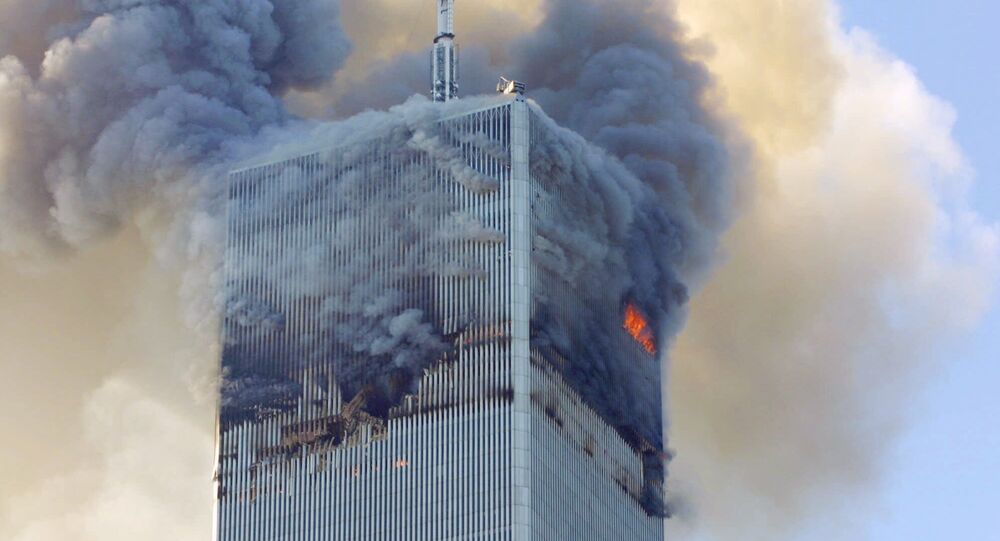 Tensions spiked dangerously between the US and Iran in the wake of the downing of a US Navy Global Hawk drone on Thursday by the Islamic Revolutionary Guard Corps, with US President Donald Trump initially approving a military operation, stating Iran had made "a very big mistake", but later stepping back from launching it on Thursday night.

Lawmakers have warned President Donald Trump’s administration against using a war authorisation adopted in the wake of 9/11 attacks for endorsing military action against Tehran, as they pressed US special representative Brian Hook to acknowledge that Tehran was not behind the 2001 terror attacks, reported AFP.
After the 9/11 attacks, the US Congress passed the Authorization for Use of Military Force (AUMF) on 14 September 2001 to authorise then-President George W. Bush to go to war in Afghanistan, where al-Qaeda leader Osama bin Laden was based.
The authorisation has since been cited by administrations to justify military actions in countries where al-Qaeda militants are allegedly present, such as Yemen and the Philippines.
Mike Pompeo, in his April appearance before a Senate committee, said there was "no doubt" of a connection between Iran's Shiite clerical regime and Al-Qaeda, which is militantly Sunni.

On Wednesday, appearing before members of a foreign affairs subcommittee in the US House of Representatives, Brian Hook, the US special representative on Iran said:

"I'm not a War Powers Act scholar. I can only tell you that everything we would do would be lawful."
But pressed by Democratic Representative Brad Sherman on whether Iran was responsible for the deaths of Americans on 9/11, Hook replied, "No".

According to Brian Hook, any potential US military moves against Iran would be defensive, as he added:
"There is no talk of offensive action."

The 9/11 attacks were a series of four coordinated terrorist strikes against the US on 11 September 2001.
Four passenger airliners operated by two major US passenger air carriers were hijacked by 19 terrorists. Two of the planes were flown into the World Trade Center complex, while a third collided with the Pentagon; a fourth plane, heading for Washington, crashed in a field in Pennsylvania. 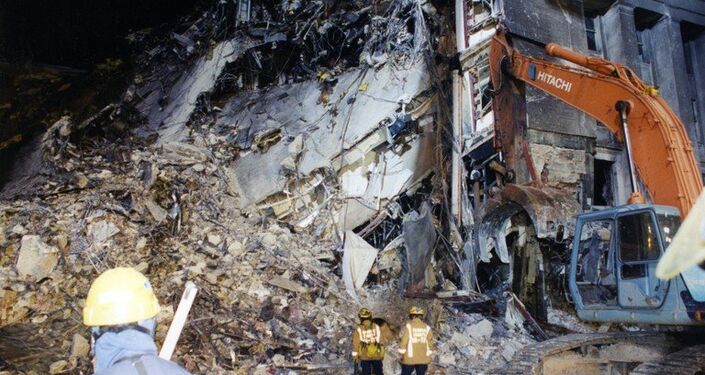 FBI
The damage done to the Pentagon during the 9/11 attacks killed 125 people in the building alone.

The attacks killed 2,996 people, injured over 6,000 others, and caused at least $10 billion in infrastructure and property damage.
US officials assert the attacks were carried out by 19 al-Qaeda terrorists.

Tensions flared sharply between the US and Iran in the wake of the downing of US Navy Global Hawk on Thursday by the Islamic Revolutionary Guard Corps.
Tehran claimed the spy drone had been in violation of Iranian airspace.
US President Donald Trump initially approved a military operation, stating Iran had made "a very big mistake", but subsequently tempered his response on Thursday night, as he suggested to reporters he doubted the drone downing was intentional, The New York Times reported.
Iran side stated on Thursday that the country had downed the US drone to send a "clear message" to Washington that it is “fully prepared to defend Iran”.
The volatile incident followed a spate of recent attacks on oil tankers in the Persian Gulf region that the United States blamed on Iran, with Tehran rejecting all allegations.
Relations between Washington and Tehran nosedived after US President Donald Trump’s administration scrapped the 2015 nuclear deal in May 2018, under the pretext that it had fallen short of curbing Iran's ballistic missile programme.