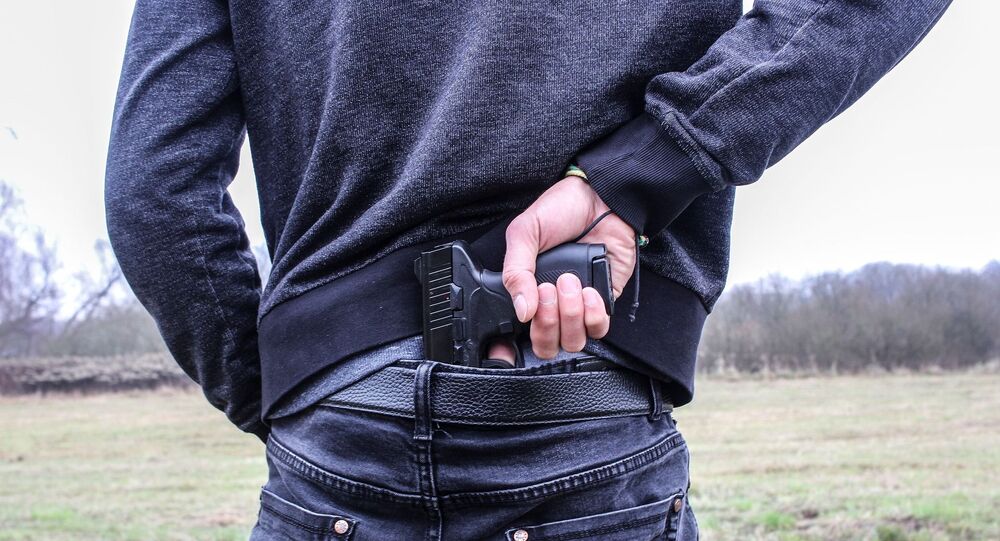 The killing of a 19-year-old with a learning disability and subsequent dumping of her body in an Alaska River has led to the indictment of six young adults on charges of murder and child pornography.

Denali Brehmer, 18, stands accused of recruiting four other Alaska teens to carry out the June 2 murder of her friend, 19-year-old Cynthia Hoffman, after she was “catfished” and promised $9 million in exchange for the act by 21-year-old Darin Schilmiller of Indiana.

The teens, under the guise of a hike, took Hoffman to Thunderbird Falls on June 2 and recorded 16-year-old Kayden McIntosh shooting Hoffman in the back of the head via Snapchat before tossing her remains in the Eklutna River, police say. The murderers then called Hoffman’s parents and claimed that they dropped Hoffman off at a nearby park, according to court transcripts obtained by Anchorage Daily News.

Investigators did not find the 19-year-old’s body until June 4.

Hoffman’s family noted in court that the victim was developmentally disabled and just wanted to be “cool” by hanging out with Brehmer and her friends.

During the initial investigation, authorities were unaware of Schilmiller’s alleged involvement in the brutal killing until a search warrant was issued for Brehmer’s phone. It was soon discovered that Schilmiller had formed an online relationship with the teen while posing as “Tyler,” a Kansas multimillionaire, according to the DA’s office.

Brehmer would not discover “Tyler’s” real name or appearance until after the murder. The DA’s office also revealed “Tyler” offered Brehmer some $9 million to "rape and murder someone," while also recording the act. Prosecutors further allege Schilmiller personally selected Hoffman as the victim, knowing she was Brehmer’s friend.

After Schilmiller’s identity and alias were revealed, FBI agents also discovered Brehmer, at the 21-year-old’s direction, allegedly sexually assaulted a 15-year-old and recorded the act.

Appearing in court on June 9, Brehmer noted that she herself had a child.

“I don’t want my daughter to know her mom grew up ... a killer because I don’t see myself as one,” Brehmer said, reported ADN.

According to the press release, a $1 million arrest warrant was issued for Schilmiller, who will be extradited from Indiana to Alaska. Three teens, Brehmer, McIntosh and Caleb Leyland, are in the custody of the Alaska Department of Corrections while they await arraignment. The two other teens were not identified.