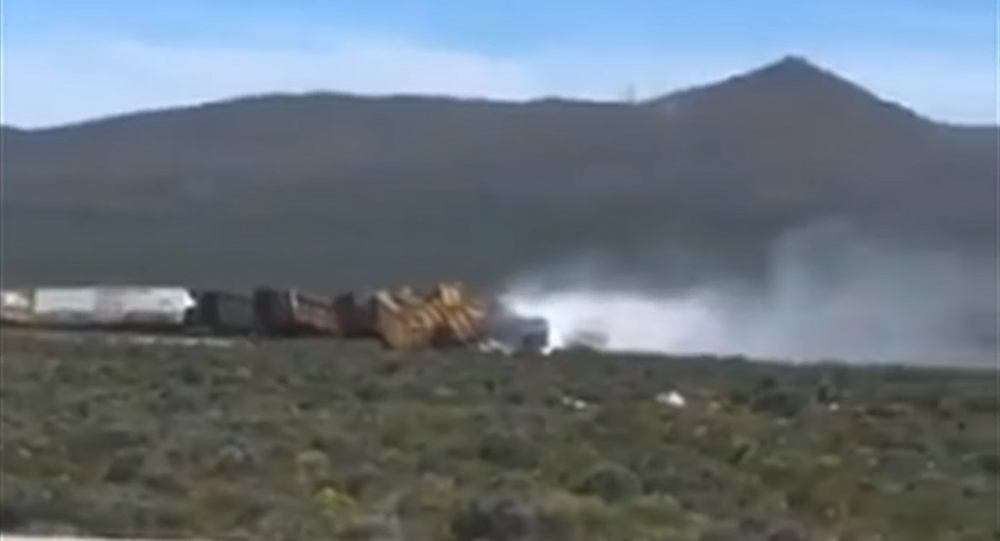 The US' Interstate 80 was shuttered for a period of time on Wednesday after a train carrying grenades and small arms derailed near Wells, Nevada.

Officials with the state's Elko County Sheriff's Office told local news station Fox 13 that hazardous materials aboard the train include ammonium nitrate, grenades, ammunition and small arms. Ammonium nitrate is a fertilizer compound that can be used in explosives.

In an update on its Facebook page, the sheriff's office noted that the munitions are "located at the opposite end of the train, away from the derailment."​

Police officials have indicated that by railroad company Union Pacific's count a total of 22 railroad cars were involved in the derailment. It's also been reported by the sheriff's office that the "powder released from among the derailed train cars is aluminum oxide," and that a "shipment of vegetable oil spilled out of one of the derailed cars.

Tim McMahan, a spokesperson for the railroad company, told the Elko Daily Free Press that no individuals were injured in the accident.