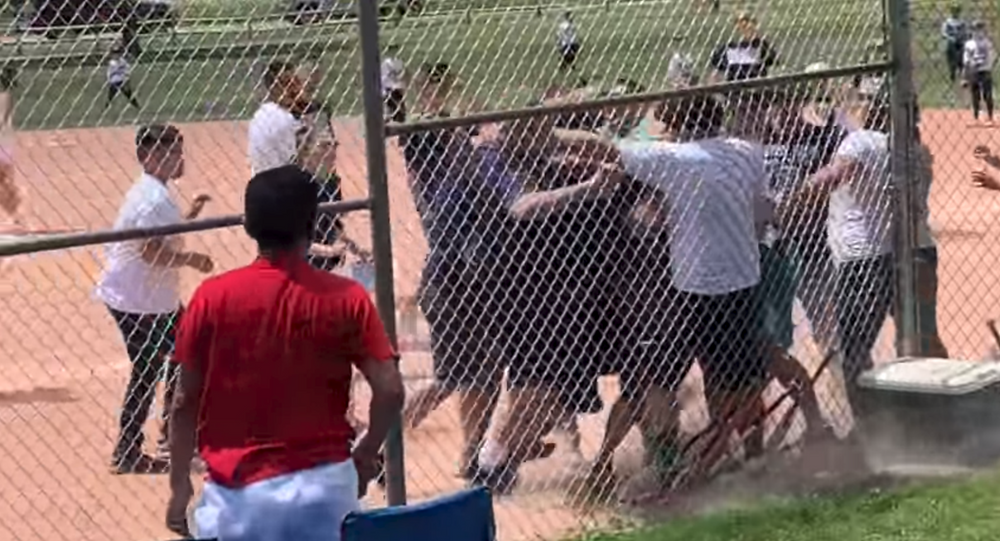 Officials with Colorado’s Lakewood Police Department are on the hunt for information leading to the arrest of adults involved in a mass brawl at a youth baseball game over the weekend.

A Tuesday release by the department indicates that the incident unfolded on Saturday at the baseball field of a local elementary school. Officials say the brawl erupted after “coaches and parents [became] unhappy with a baseball game involving 7-year-olds and a 13-year-old umpire.”

According to the Denver Post, the melee stemmed from a dispute that was initially directed at the game’s teenaged umpire.

Video of the brawl, which was captured by a game attendee and later shared on social media by the police department, shows between 15 and 20 individuals dishing out multiple punches and knocking each other to the ground.

The brawl was still unfolding even as police arrived on the scene.

Although “several” people involved in the brawl have already been cited, police have indicated that they’re on the lookout for one individual in particular - the man wearing a white shirt and teal shorts who is seen in the video sucker-punching another individual in the head.

John Romero, spokesperson for the department, told the Post that citations have been given for disorderly conduct and fighting in public. He added that unidentified man will likely be hit with an assault charge.

Police told ABC News that a few minor injuries were reported and that one person had suffered serious bodily injuries. Officials did not offer further details on the matter.