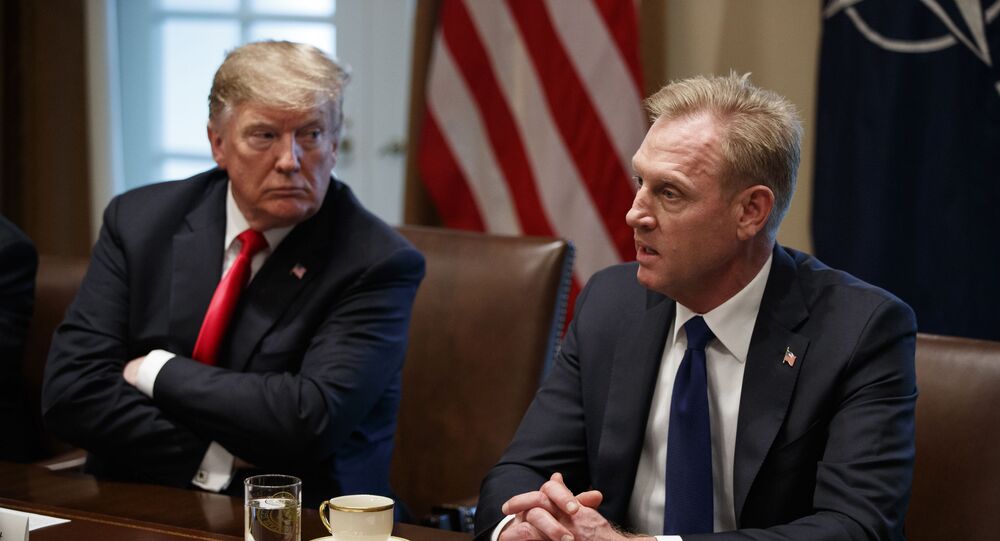 Earlier, NBC News reported citing sources that Secretary of the Army Mark Esper has been discussed as a possible alternative choice as defence secretary to Shanahan if Trump decides not to nominate him.

US President Donald Trump announced in a tweet on Tuesday that Acting Secretary of Defence Patrick Shanahan has made a decision not to proceed with his confirmation process; in a more recent tweet, the US leader added that Mark Esper will take over the post.

Trump also praised Shanahan's work, however, he noted that the outgoing secretary of defence was seeking to "devote more time to his family.

Acting Secretary of Defense Patrick Shanahan, who has done a wonderful job, has decided not to go forward with his confirmation process so that he can devote more time to his family....

Later in the day, Shanahan confirmed his forthcoming resignation noting he will coordinate an appropriate transition plan. However, the official failed to specify the date of his departure.

This comes after Shanahan released a statement earlier in the day on a 2010 violent domestic incident that involved him and his ex-wife, USA Today reported.

“I never laid a hand on my then-wife and cooperated fully in a thorough law enforcement investigation that resulted in her being charged with assault against me—charges which I had dropped in the interest of my family,” USA Today cited him as saying.

This follows reports published earlier this month that Donald Trump might be reviewing his announced decision to confirming acting Secretary of Defence Patrick Shanahan in his post and has sought advice on other possibilities for the job. The numerous Us media stated that Secretary of the Army Mark Esper had been discussed as a possible alternative choice as defence secretary to Shanahan if Trump decided not to nominate him.

US Focused on Building International Consensus After Mideast Attacks - Shanahan