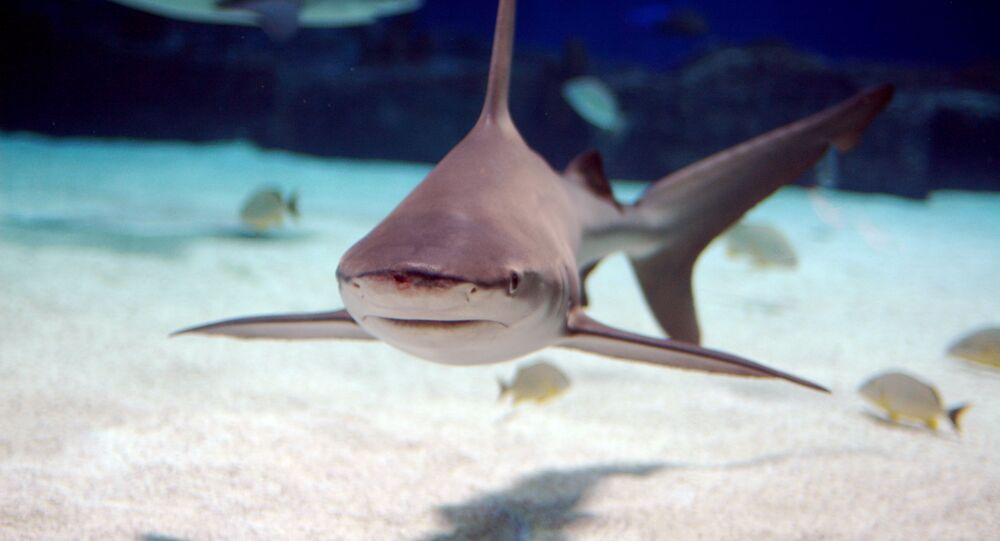 A juvenile was rushed from the ocean to a North Carolina hospital over the weekend after sustaining injuries from two back-to-back bites from a shark.

The coast of the US state of North Carolina has triggered quite the concern, as a total of three individuals have been attacked by sharks this month alone, resulting in life-threatening injuries and, in one victim’s case, the loss of a limb.

Furthermore, each victim claims they did not provoke the razor-toothed fishes’ strikes.

An unnamed eight-year-old child is the latest North Carolina beachgoer to encounter a shark. Sunday afternoon, the youngster recounted to city officials that he was swimming near Bald Head Island around 4 p.m. when he was attacked.

Wikimedia Commons
‘Big as a Bus’: Record Number of Basking Sharks Seen Off US Coast (VIDEO)

Though the animal’s exact species and size remain unknown, Village Manager Chris McCall told HuffPost the attack could have only been carried out by a shark, “given the type of wounds sustained and an assessment made by first-responders.”

After the fish delivered two bites to the boy’s legs and left puncture marks, it bailed, allowing the child to seek help. In the end, hospital officials confirmed his injuries were not life-threatening, and he is expected to make a full recovery.

Not everyone who encountered a shark this month was as lucky, however.

Paige Winter, a 17-year-old swimmer and North Carolina native, lost two fingers and had her left leg amputated at the thigh after an unprovoked encounter with a shark off the coast of the state’s Atlantic Beach on June 2. Local authorities credit her father, Charlie Winter, with saving her life by going after the fish with his fists.

"I immediately started to hit it," Charlie Winter, a veteran firefighter and paramedic, said at a news conference on Friday. "I hit it with everything I could, and it let go."

As if her father’s bravery weren’t enough, the young adult, speaking at a Vidant Health Medical Center press conference, announced her intent to use her recent visibility to parlay her misfortune into miracles for the next individual (or fish).

According to the Florida Museum, the number of unprovoked shark attacks in the US decreased to 66 in 2018 alone, a fairly large dive from a previous five-year average of 84 annual incidents.

Swimming With Sharks: Student Jumps Into Pool With Sea Predators to Win a Bet