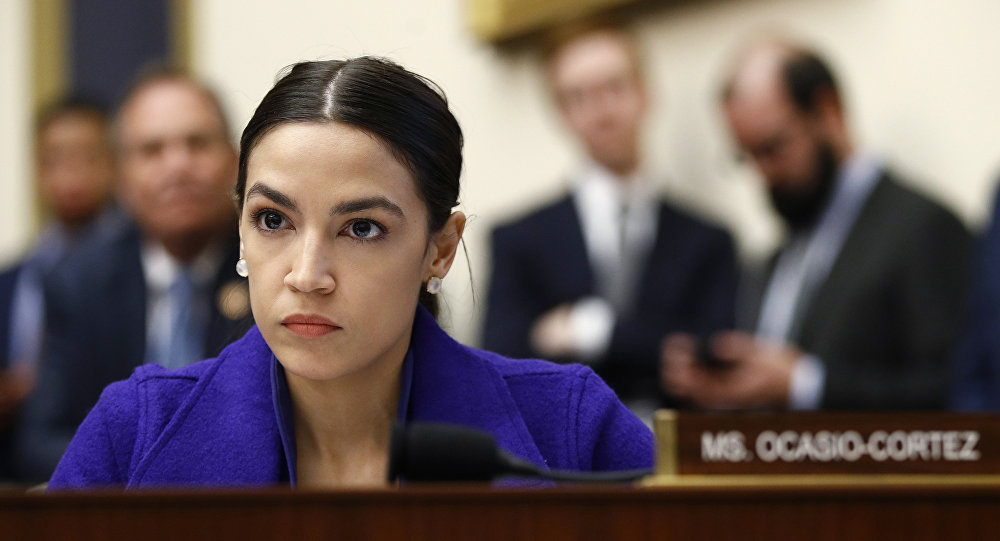 Trump And Ocasio-Cortez Agree that Dems Are Divided, ‘Very Real Risk’ President Will Be Re-Elected

Rep. Alexandria Ocasio-Cortez warned Sunday that there is a "very real risk" President Trump will win re-election in 2020 due to the diversity of opinions among Democrats, getting a rare response from the president: "I agree."

The 29-year-old representative acknowledged that progressive frustration with House Speaker Nancy Pelosi was "quite real" and that Democrats were struggling to narrow down the list of 23 Democratic presidential contenders.

"I think that we have a very real risk of losing the presidency to Donald Trump if we do not have a presidential candidate that is fighting for true transformational change in the lives of working people in the United States," Ocasio-Cortez told ABC News.

She noted that there is a real risk of losing the elections if the presidential campaign features “half-measures that the American people don't quite understand.”

President Trump quoted the congresswoman in a tweet Sunday night, adding: "I agree, and that is the only reason they play the impeach card, which cannot be legally used!" He did not elaborate.

Rep. Alexandria Ocasio-Cortez. “I think we have a very real risk of losing the Presidency to Donald Trump.” I agree, and that is the only reason they play the impeach card, which cannot be legally used!

Ocasio-Cortez stated that she didn’t see herself endorsing any particular candidate “any time soon.” She also responded to the question about the impeachment investigation, calling it a "constitutional responsibility," while confirming that progressive Democrats are frustrated with Speaker Pelosi, who has resisted calls for impeachment proceedings.

“I believe that there is a very real animus and desire to make sure that we are – that - that we are holding this president to account," she added.