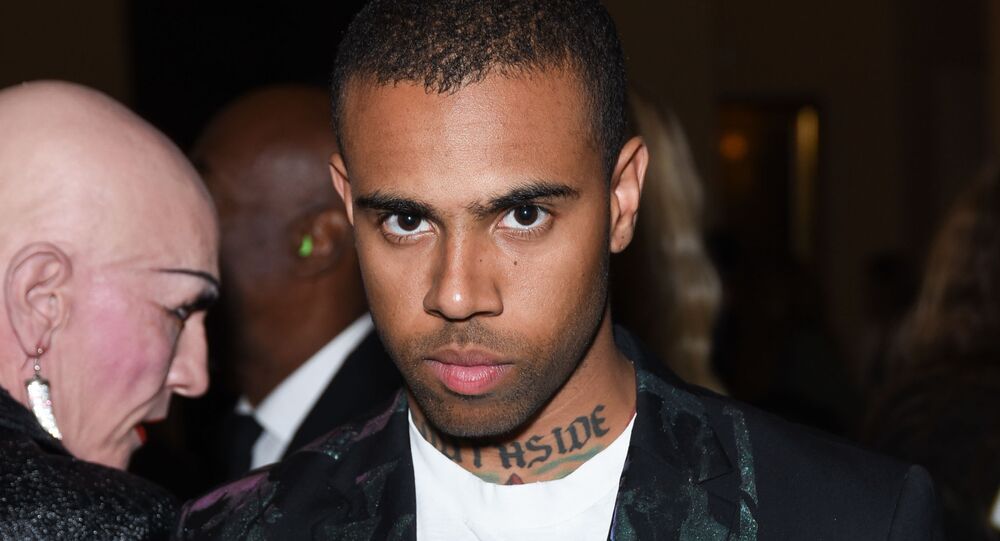 The American rapper sought, he claims, to promote a poignant message about migrant children detained by ICE for trying to illegally cross into the US, but caused an outburst of outrage online instead.

93PUNX, an alternative rock/rap band, fronted by Chicago musician Vic Mensa, has dropped a provocative music video for its debut single “Camp America”, which was inspired by the US Immigration and Customs Enforcement (ICE) and facilities for Central American children illegally crossing the US southern border.

doing a livestream premiere today of the first music video from my new band @93punx called Camp America. The song and video highlights America’s immigrant prisons (aka detention centers), which they love referring to as summer camps. Tune in AT THIS LINK: https://t.co/DAIVlNJlpE pic.twitter.com/WKfOvFA90y

The controversial clip features white children in orange jumpsuits held in cages and being ordered around by guards, with Mensa, playing a security guard, rapping, “We’ll be living it up, not giving a f*ck/Splitting you up, then we put you in cuffs/Then we shipping you off, yeah, you could get lost at Camp America”.

The artist told The Daily Beast that both the song’s lyrics and the entire concept of the video flashed across his mind after he heard ICE Director Matthew Albence compare those detention facilities to summer camps: people have unlimited access to food and water, there’re basketball courts and football fields along with other exercise classes.

“I thought that was a crazy f*cking idea and wanted to create a world with this song that imagined that twisted alternate reality, where it was fun for kids to be held as prisoners, drinking out of toilets, away from their parents, and somehow enjoy it like one might at a summer camp”, Mensa told The Daily Beast.

Explaining why he decided to feature white children in his clip, the rapper told the media outlet that this was done in order to “point out the blatantly obvious fact that this would never happen to white kids in this country or maybe anywhere on this earth”.

The video was harshly condemned on social media, as many people stressed that the current US administration was not to blame for the “family separation” policy – the same facilities were used by President Donald Trump’s predecessor, Barack Obama.

Amazing how you had no problem whatsoever when Obama was putting kids in cages.

Difference is shit for brains, the immigrant detention centers are nothing like that. They are not tortured, they don't drink out of toilets, they don't have devices put in their faces to keep their mouths forced open. Get educated scum

Pathetic why didn’t you do a video way back when the law was put in place by PRIOR president or when Obama had kids in cages sleeping on cold floors? I have pictures of this if you want them STOP blaming Presidents and push to have immigration LAWS fixed!! Blame game gets nothing

Hey dummy, guess you choose to ignore when Obama did this for 8 years huh? Kids aren’t in cages. If they don’t want to be detained, then maybe their mommies & daddies shouldn’t try to break into the country with them.

Those white kids in the video didnt break into a country illegally...& their parents didnt put them at risk on the dangerous journey, if they did that in America they would be charged with child endangerment, neglect, abuse...but instead they get free food, healthcare, & a ballot

just another has been artist trying to get attention by being racist against white people. pathetic.

I'm laughing my ass off visualizing the sniveling white guilt ridden parents of these kids, throwing themselves at the feet of this black entertainer to flagellate themselves for their privilege by offering up their children to create this depraved music video based on lies.. pic.twitter.com/s0hLwnwUUZ

The Trump administration received much flak in April 2018 for adopting the so-called “zero tolerance” policy towards migrants: all those entering the US illegally faced immediate detention and prosecution, while all minors, who couldn’t be put in federal jails under US law, were thus forcibly separated from their parents and placed in shelters instead. The policy was reversed three months late