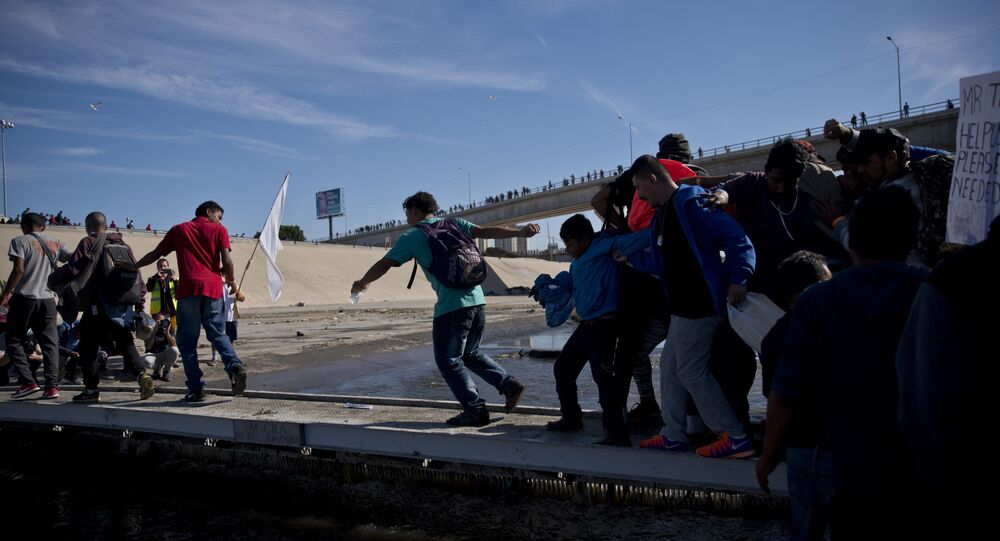 Trump Approves of Florida Ban on Sanctuary Cities, Says People Demanding Their Removal Across US

The US president stated on his Twitter that more states would follow Florida in this move, noting that many leaders haven't got enough courage to oppose illegal migration.

....More and more states want to do this but their governors and leaders don’t have the courage to do so. The politics will soon mandate, however, because people from California, & all over the land, are demanding that Sanctuary Cities be GONE. No illegals, Drugs or Trafficking!

The legislation signed by the Florida governor late Friday targeted Immigration and Customs Enforcement (ICE) detainers that requested not to release immigrants suspected of crimes. Localities and states have often ignored these and in the process earning the moniker "sanctuary jurisdictions".

While Governor DeSantis stressed that the bill should protect the rule of law and public safety, opponents of the policies claim it would challenge investigation into crimes among migrants.

At the moment, at least 10 US states have prohibited sanctuary jurisdictions, while 10 other states as well as the District of Columbia have measures supporting them.