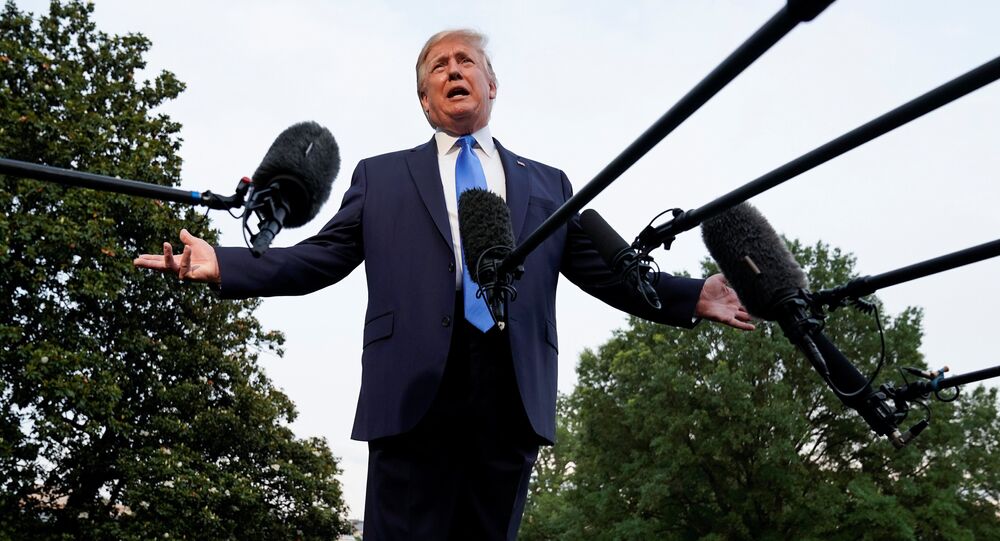 The US president seems to have quite a broad spectrum of “likes”, ranging from social media and cable news channels to fast food and handshakes.

As the 45th President of the United States Donald Trump celebrates his 73rd birthday, let's take a brief look at some of the things the current American head of state appears to have a fondness for.

Trump's prolific use of Twitter as means of communication with the public could probably be considered the hallmark of his presidency, making headlines all over the world.

According to NBC Chicago, Trump writes close to 372 tweets per month, an average of 12 per day, sometimes producing amusing gaffes such as the infamous “covfefe” or the recent “Prince of Whales”.

A well-known fan of fast food, Trump also appears eager to help others partake in his favourite food, as earlier this year, the president personally paid for a collection of burgers, fries and pizzas from US fast food chains that were served to the college football national champions Clemson Tigers during a reception in the White House.

Several former and acting government officials have revealed that Trump is quite fond of Fox News, and that the White House Communications Agency had to arrange for a streaming service when the president discovered during one of his overseas trips that the channel wasn't available at his hotel, according to CNN.

The US president also appears to have a penchant for some really peculiar-looking handshakes with foreign leaders and dignitaries, which has raised quite a few eyebrows among onlookers.

And obviously, Donald Trump is quite fond of his family, with his daughter Ivanka and his son-in-law Jared Kushner occupying prominent positions in the president's administration.

However, a bizarre conspiracy theory has emerged, claiming that First Lady Melania Trump is frequently replaced by a body double during the president's public appearances.