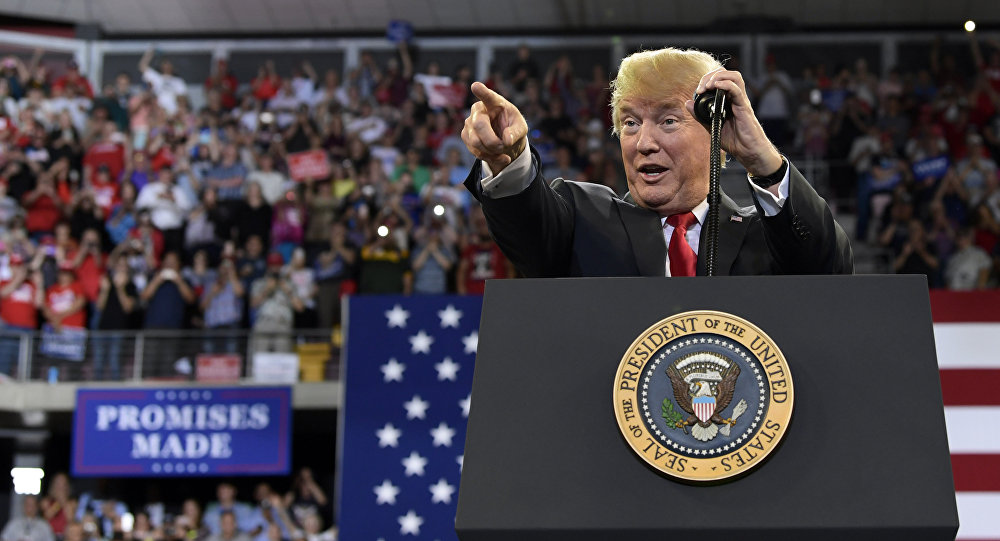 Several cities previously chosen as sites for US President Donald Trump’s 2016 and 2020 campaign rallies say the campaign has failed to pay hundreds of thousands of dollars owed in venue security costs, according to a report compiled by a nonprofit organization.

A total of 10 cities are looking to collect $841,219 from the US commander in chief for past event security fees dating back 2016, according to a Thursday report released by the Center for Public Integrity (CPI), a nonprofit investigative journalism organization based in Washington, DC.

The biggest chunk of change billed to the campaign is from El Paso, Texas, the site of Trump’s February 11, 2019, MAGA rally and a large physical spectacle. The invoice mailed to 45 reports $470,417.05 was due from the president on April 26. 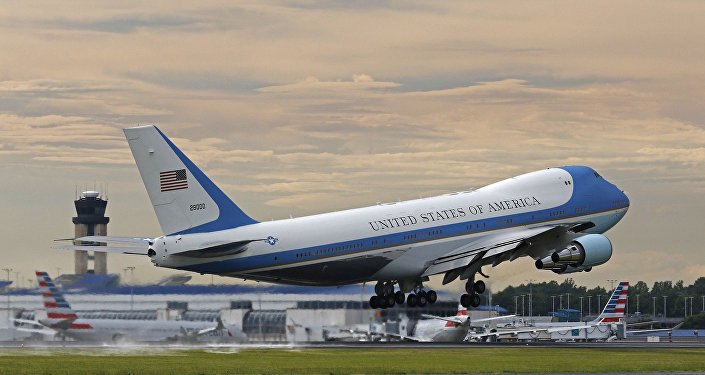 Trump is quick to profess his love for law enforcement on Twitter, but according to Mesa, Arizona, officials, who have yet to receive $64,467.56 from Trump’s October 19, 2018, rally, the city still expects its money.

Thank you to all of the men and women who protect & serve our communities 24/7/365! #LawEnforcementAppreciationDay https://t.co/xdPIKbvfzj pic.twitter.com/ySRNaF9Nvz

"It is our hope that [Trump's campaign] will do right by the taxpayers of Mesa and provide payment," Mesa Deputy City Manager Scott Butler is quoted as saying by the nonprofit.

Though there is usually no contract signed nor a law that says a presidential candidate has to reimburse a city for the police costs resulting from events, it is preferred that campaign teams foot the bill, as their presence was the cause for beefed up security.

The report notes that some areas, such as Youngstown, Ohio, chose not to bill Trump and simply covered the cost, while other cities, like Nashville, Tennessee, have required the Trump campaign to sign a contract concerning venue security fees.

According to the nonprofit, Trump is not the only politician to leave the financial burden on campaign cities. Both Republicans and Democrats have been found guilty of dodging defense bills.

In the 2016 election alone, Trump, Senator Bernie Sanders and Hillary Clinton ignored a combined bill of $24,000 from Green Bay, Wisconsin.

Even former US President Barack Obama, following his Springfield, Illinois, campaign stop in August 2008, left the city high and dry when it came to a $55,480 bill related to police officers' overtime, reported NBC 5 Chicago in 2012.

On the flip side, CPI reports Senator Ted Cruz was one of the most “meticulous” at paying his bills, with his team noting in 2016 that the on-time payments reflected the politician placing “a high value on running an organized campaign.”

‘He's Not Worth Anything’: Trump Tax Transcripts Show He’s ‘Very Poor on Paper’