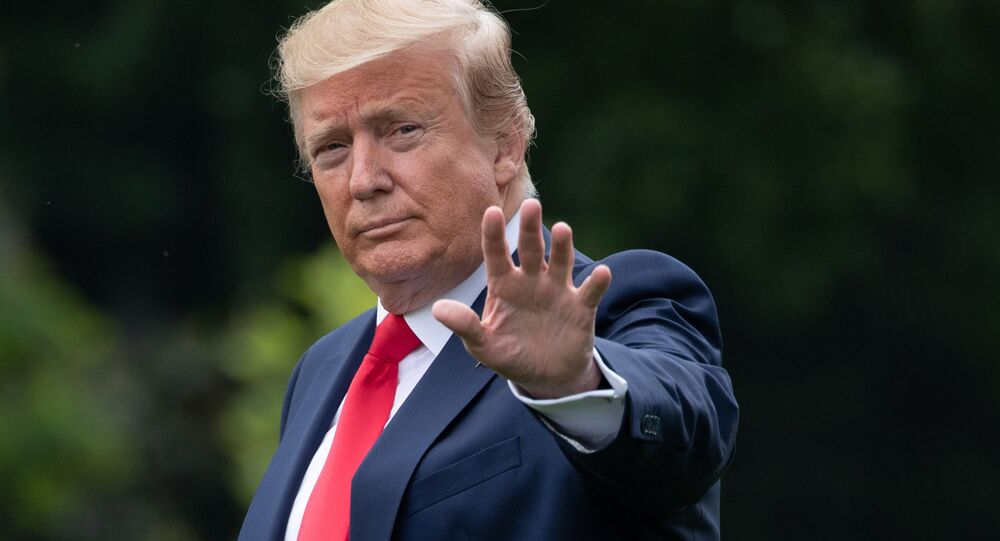 WASHINGTON (Sputnik) - US President Donald Trump told reporters on Wednesday that he has no deadline for China to make progress in the trade talks before deciding to impose additional tariffs on Chinese goods.

“No, I have no deadline,” Trump said when asked if he had a deadline for China to make progress in trade talks before deciding to impose additional tariffs.

Earlier on Wednesday, Trump said the United States is prepared to impose tariffs on $325 billion worth of Chinese goods if both countries do not reach a trade deal.

© AP Photo / Kin Cheung
US Warship Flexes Muscles in South China Sea Drills With Japan Amid Tensions With Beijing
Trump said he would meet with Chinese President Xi Jinping on the sidelines of the G20 Summit in Osaka, Japan, later this month where they are expected to discuss the bilateral trade dispute.

The United States and China have been trying to overcome disagreements that emerged in the wake of Trump’s decision last June to impose the 25 percent tariffs on $50 billion worth of Chinese goods in a bid to fix the trade deficit. Since then, the two sides have exchanged several rounds of duties.

The United States escalated the dispute in May when it included another $200 billion worth of Chinese goods in the 25 percent tariff category. China pledged to retaliate by hiking tariffs on $60 billion worth of US imports in June.

China Extends Hand to India to Fend Off US Trade ‘Bullying’