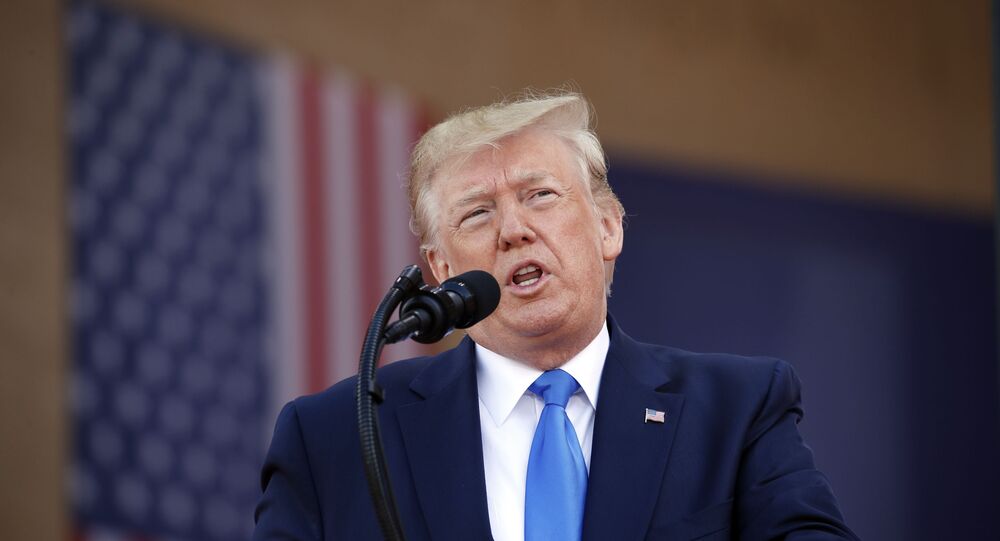 As the US president slapped Biden with a fresh load of nicknames and monikers, the latter jokingly argued that Trump appears fascinated with him.

US President Donald Trump has delivered a fresh verbal broadside against presidential candidate and former US vice president Joe Biden, whom he may face during the 2020 presidential election race, MSNBC reports.

Delivering his statement to reporters on the White House lawn, prior to his departure to Iowa, Trump called Biden a “dummy” and a “loser” who soon may be overtaken by “his friends from the left”.

“I heard Biden, who's a loser — I mean, look, Joe never got more than 1 percent except [former President Barack] Obama took him off the trash heap”, Trump remarked.

He also described Biden as "weak mentally", adding that “he’s even slower than he used to be”.

In response, Biden said that Trump seems “really fascinated” with him, joking that the nicknames the president made for him sound like something straight out of “Alice in Wonderland”.

News of this development elicited a somewhat mixed response online, as some social media users appeared to share Trump’s opinion of Biden.

All this is True. To the bone. Too Old Joe.

Biden is so old and he appears to be forgetful! Dementia could be an issue. He just seems sedated!

Obama and his Joe puppet pic.twitter.com/1UURLNZyHV

A number of people, however, fired right back at Trump instead.

“Trump is a loser” and “Mitch took him off the trash heap” pic.twitter.com/fwdYJi1tDf

Today, from 45: Biden is a loser, on the trash heap, mentally slow, and a dummy. 45 is disgusting I have never said that about an American Prez but this guy deserves it. If my dad, a WW2 vet, was alive, he would be horrified with 45s behavior. [And I don't even like Biden.]