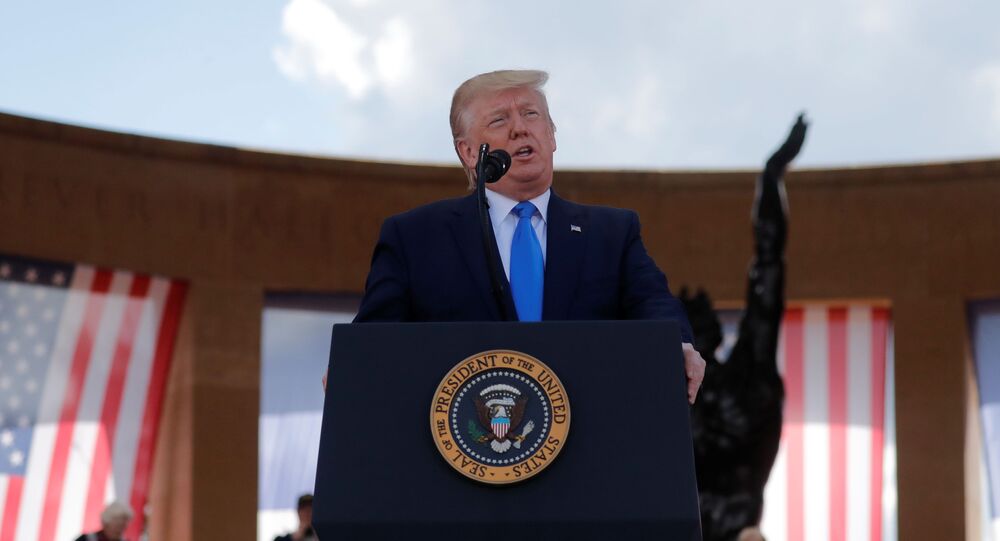 The US president has repeatedly accused the US newspaper of reporting "fake news" and trying to misrepresent his action in office. Trump also repeatedly slammed the New York Times as well as several other media outlets as the "enemy of the people".

US President Donald Trump went on yet another rant slamming the "false report" by the New York Times about Mexico allegedly agreeing to deploy its forces to the border with Guatemala in March 2019. The president called the media outlet failing and argued that it, along with CNN, a news network he has long criticised, were "truly the enemy of the people".

…..there is not, we can always go back to our previous, very profitable, position of Tariffs — But I don’t believe that will be necessary. The Failing @nytimes, & ratings challenged @CNN, will do anything possible to see our Country fail! They are truly The Enemy of the People!

Trump stated that Mexico has long been non-cooperative in terms of border issues with the US and stressed that multiple administrations unsuccessfully tried to sort this issue out. He further reiterated that "border actions" were negotiated only on 8 June and expressed confidence that Mexico will adhere to its part of the deal, citing talks with President Andres Manuel Lopez Obrador.

The US presided added, however, that if the Mexico fails to uphold its promises on the border, Washington will return to its "previous, very profitable" approach of imposing tariffs on Mexican goods.

Trump previously threatened to impose 5% tariffs on Mexican goods entering the US, promising it will eventually rise to 25% unless the country takes measures to prevent Central American migrants from flooding into the US via the two states' land border. The agreement, suggesting the deployment of Mexico's National Guard on the Guatemalan border, was signed on 7 June.

This was not the first time Trump slammed the US media for allegedly misreporting events and diminishing or perverting his achievements in office. The POTUS repeatedly called various media outlets "the enemy of the people" for allegedly reporting "fake news", which drew wide criticism from the journalist community, with some suggesting the president incited violence against them.