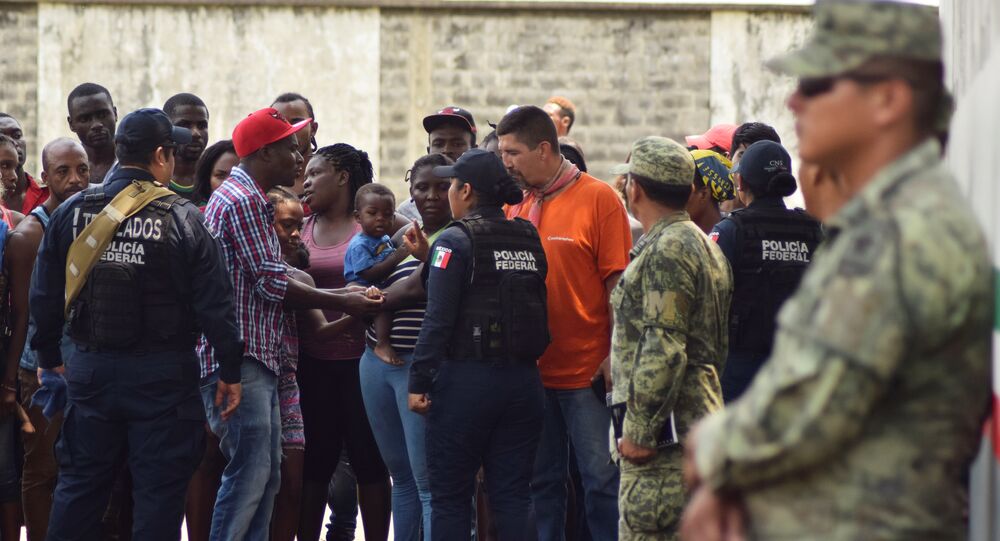 According to the document, Mexico will deploy 6,000 National Guard troops to stop thousands of Central American migrants from travelling across the country to enter US territory illegally, among other provisions.

US President Trump's deal with Mexico signed Friday is centred around an agreement already negotiated over the course of past several months, The New York Times reported Saturday.

According to the New York Times report, Mexico agreed to deploy its national guard during secret discussions with then-Homeland Security Secretary Kirstjen Nielsen and Olga Sanchez Cordero, the Mexican secretary of the interior. Nielsen left office in April 2019.

Trump hailed the agreement, saying Mexico "will try very hard, and if they do that, this will be a very successful agreement for both the United States and Mexico!"

It is unclear whether "Mr Trump believed that the agreement truly represented new and broader concessions," or if the president "understood the limits of the deal but accepted it as a face-saving way to escape from the political and economic consequences of imposing tariffs on Mexico," the Times said in its report.

READ MORE: Mexican President Vows to Collaborate With US, Including on 'Migratory Phenomenon' — Report

The newspaper cites officials familiar with the closed-door talks between the US and Mexico, who confirm that Mexico eventually agreed to deploy 6,000 troops exceeding the provisions of its initial pledge. It is possible that the two countries reached a basic agreement before Nielsen's departure, but the US side wanted more troops deployed.

© AP Photo / Daniel Ochoa de Olza
Mexico Experiencing Influx of Immigrants on Southern Border - Undersecretary
US President Trump seeks to curb the massive flow of illegal migrants originating mostly from three Central American countries. During the week of 24 May, 5,800 migrants — the highest ever for one day — crossed on a single day, according to a report by The New York Times. To curtail illegal crossings, Trump declared a national emergency and diverted billions in Pentagon funds to build a wall on the US-Mexico border.

Trump demanded that Mexico take harsher measures to stop migrants from travelling across its territory in masses, and threatened to impose a 5% tax on all Mexican imports. He also said he would raise tariffs to 25% by October if the migrant influx continued.

Despite this latest deal, Washington says if Mexico fails to deliver, tariffs will be put back on the table.

"The tariff threat is not gone," a White House official told the Times. "It's suspended."