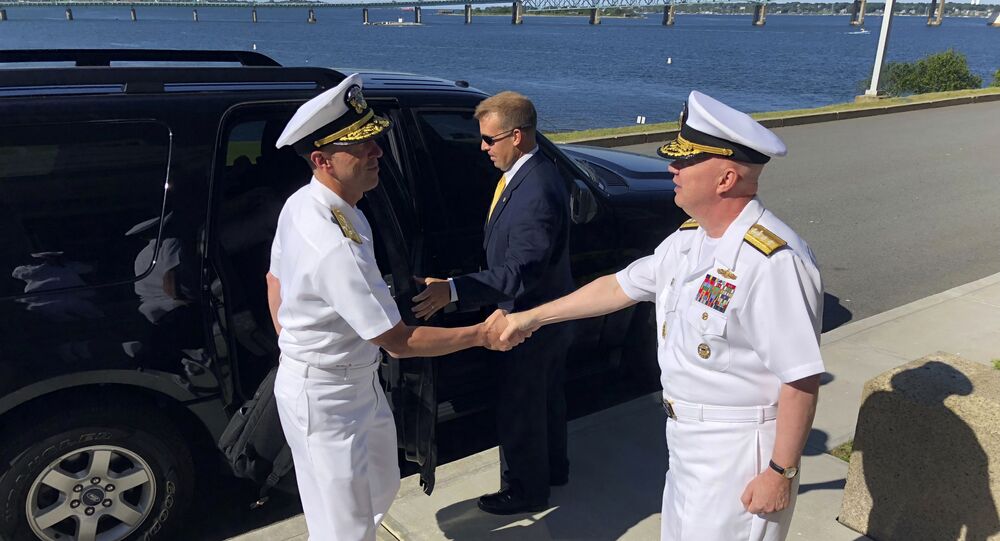 The US military is investigating the president of the US Naval War College after a series of anonymous allegations concerning spending, misconduct and his alcohol obsession were brought to officials’ attention.

Rear Admiral Jeff Harley, the 56th president of the US Naval War College in Newport, Rhode Island, and former director of the White House Situation Room, has been accused of abusing his authority, misappropriating college funds and dragging the campus margarita machine into his office for afternoon cocktails while his school faces an estimated $5 million budget deficit.

Speaking to AP, five current and former college staffers claimed higher-ups had been alerted about Harley’s misconduct for over a year at the school, which aims to educate US Navy officers to take on roles such as commander.

Of the documents obtained by the outlet, AP reports that despite the school’s annual budget shortfall of $5 million, Harley approved a massive total of $725,000 in raises since being hired in 2016.

The anonymous employees claim Harley took it upon himself to award raises to staff ranging from $10,000 to $15,000, rather than consulting fellow senior college leaders. Furthermore, the president stands accused of employing unqualified individuals to assume high-paying positions.

In addition to his alleged misappropriation of funds and employing incompetent individuals, the five staffers assert Harley has an unhealthy realtionship with liquor – particularly tequila.

Not only is Harley being accused of drinking on the job, but he also encourages other employees to join him in sipping mid-day margaritas, moving the cocktail machine between his office and the dining hall “to suit his mood.”

"He has invited members of the staff to his office for afternoon drinks, setting his employees up to either comply because he's the boss or uncomfortably decline his offer because they do not want to drink during the workday," the former and current college workers revealed in their complaint.

Harley has also been known, perhaps after too much tequila, to compose concerning emails that included invitations to his office for a game of Twister and “free hugs (if desired).”

"The drinking continues. Morale is at an all-time low," a January email from employees stated. "Your biggest concern should be, however, the financial situation at the college."

However, the Navy didn’t respond to the questions raised about Harley’s behavior until this month.

Harley appeared to shrug off the investigation, chalking it up to business as usual.

"That's Navy business. But I think you'd be surprised to know that on any given day about 85 officers are under investigation,” the admiral informed AP.

Another incident of misconduct involved US Navy official, Captain Travis Zell, who was relieved from his duty in January after being found guilty of hiring 10 Filipina sex workers to join him in his hotel room.

Despite the ongoing investigation, Harley told AP that he remains hopeful that he will continue serving as president of the US Naval War College, saying he does not believe there's anything in those emails that are derogatory, unethical, immoral or illegal.”