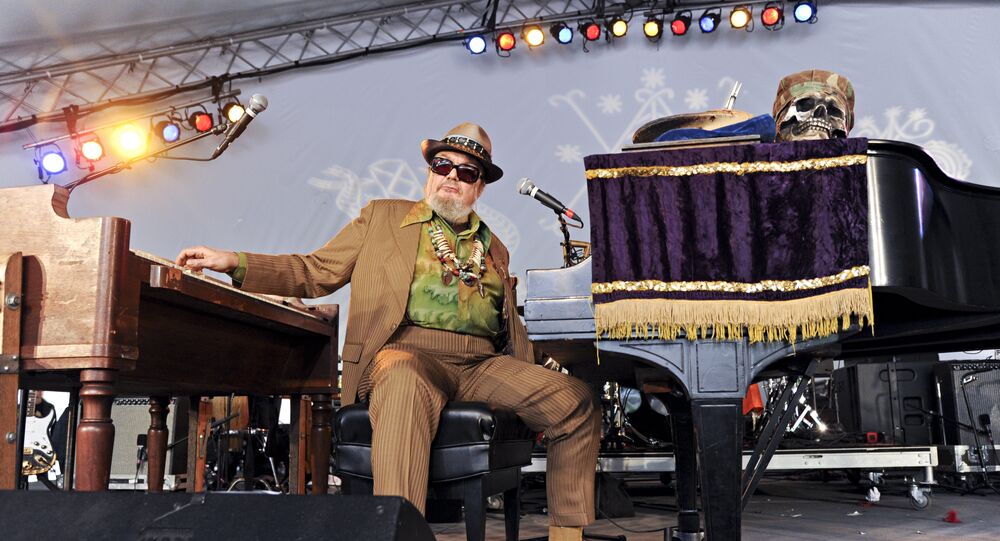 The well-respected US musician, known for his theatrical stage shows and deep New Orleans style combining various musical genres with a heavy influence on voodoo cult language, has died at the age of 77. News of his death was announced by his family.

Malcolm John Rebennack, better known as Dr. John, the renowned musician famous for mixing black and white musical styles, died on Thursday at the age of 77 following a heart attack, according to a statement released by the musician's family.

Born in New Orleans, Louisiana, Dr. John won six Grammy Awards and was inducted into the Rock and Roll Hall of Fame by American singer John Legend in 2011. In May 2013, Rebennack received an honorary doctorate of fine arts from New Orlean's Tulane University.

The singer withdrew from the public eye in 2017, canceling several shows, according to The Guardian.

The family provided no additional details of his death.

"The family thanks all whom have shared his unique musical journey, and requests privacy at this time," the statement said, adding that memorial arrangements are being planned.

Rest In Peace, Dr. John. The joy you gave us through your music will never end. New Orleans loves you belying words.

The Les Paul Foundation sends our heartfelt condolences and many prayers to the family, friends and fans for the loss of iconic music legend, Dr. John.

From the entire team here at The Grand — Sending our deepest condolences to the family of the beloved Dr John. 🖤 https://t.co/7pT6GdtbQc

Dr. John was a true Louisiana legend. He showed the world Louisiana's rich musical heritage, and his passion for music has left a mark on the industry unlike any other. @FirstLadyOfLA and I send our condolences to Dr. John's family during this difficult time. #lagov #lalege https://t.co/rh1k7DNnsG