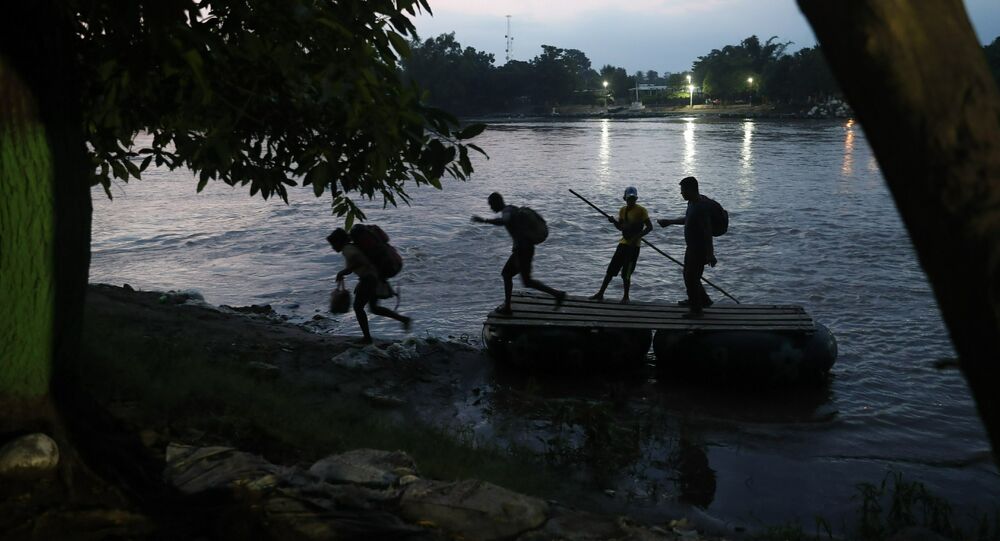 Mexico to Deploy 6,000 Troops to Guatemalan Border Under Migration Deal

Washington and Mexico are discussing an agreement that would increase Mexico’s immigration enforcement efforts and give the United States far more latitude to deport Central Americans seeking asylum, The Washington Post reported Thursday.

Mexico reportedly pledged to deploy up to 6,000 National Guard troops to the country’s border with Guatemala in a bid to avoid the US tariffs on Mexican goods that US President Trump vowed to impose earlier, according to The Washington Post.

Mexican officials reportedly said that a show of force would reduce the number of Central Americans heading north toward the US border, according to The Post.

Mexico's Foreign Minister said earlier he remained optimistic about the ongoing talks with the United States on trade tariffs related to the migration crisis on the US-Mexican border.

Later on Thursday, Marcelo Ebrard confirmed that Mexican troops will be deployed to country's border with Guatemala, adding that talks with Washington about the migration issue will continue on Friday.

© AP Photo / Marco Ugarte
Another Caravan of Central American Migrants Sets Off North - Reports
Last week, Trump said Washington would impose a 5 per cent tariff on Mexican imports starting from 10 June, adding that the duties would increase to 25 per cent in October unless Mexico took steps to quell the illegal immigration crisis. Mexico City vowed to provide an energetic response to the US move.

Last fall, caravans of migrants from Central American countries began to move through Mexico toward the United States seeking asylum. Trump called the surge of arrivals a crisis and declared a national emergency in February to secure funds to build a wall on the border with Mexico.