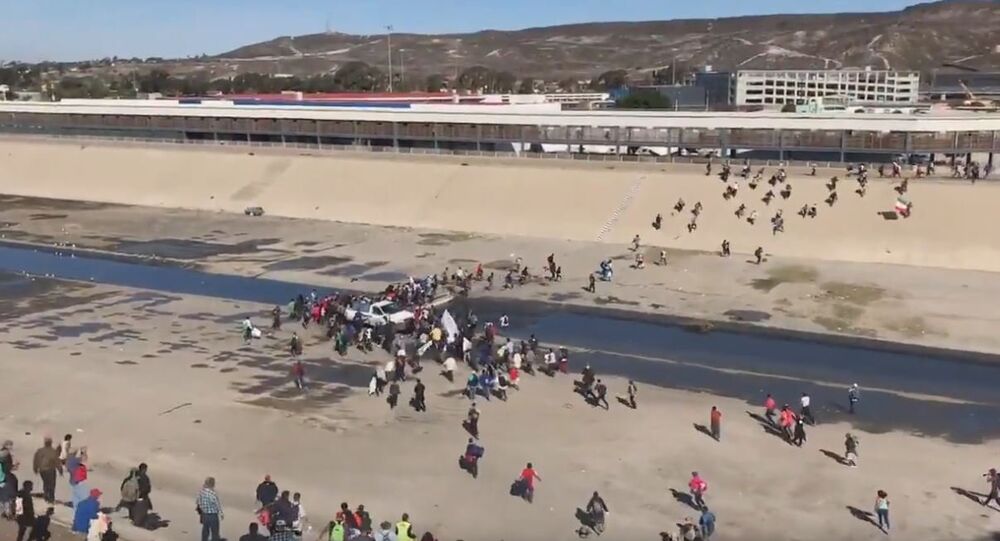 WASHINGTON (Sputnik) - US authorities apprehended more than 130,000 migrants at the nation’s Southwest Border with Mexico in May, the highest number in 13 years, according to data released on Wednesday by the Customs and Border Protection.

"In May, 132,887 people were apprehended between ports of entry on the Southwest Border, compared with 99,304 in the month of April and 92,840 in March", the Customs and Border Protection.

READ MORE: Mexico Will Demand That US Stops Flow of Weapons to Criminal Cartels — Reports

© AP Photo / Marco Ugarte
Another Caravan of Central American Migrants Sets Off North - Reports
During May alone, the Customs and Border Protection said it apprehended 49 large groups, including a group of 1,045 last week in the city of El Paso.

The numbers were released shortly before a meeting between Vice President Mike Pence and Mexican Foreign Secretary Marcelo Ebrard to discuss Mexico's role in halting the migration.

President Donald Trump is threatening to impose a 5 percent duty on all Mexican imports unless the government halts the flow of migrants, most from the Central American nations of El Salvador, Guatemala and Honduras.

US law requires family units and unaccompanied minors who cross the border illegally and ask for political asylum to be released in the United States while their cases are processed by overburdened immigration courts — a process that can take years.