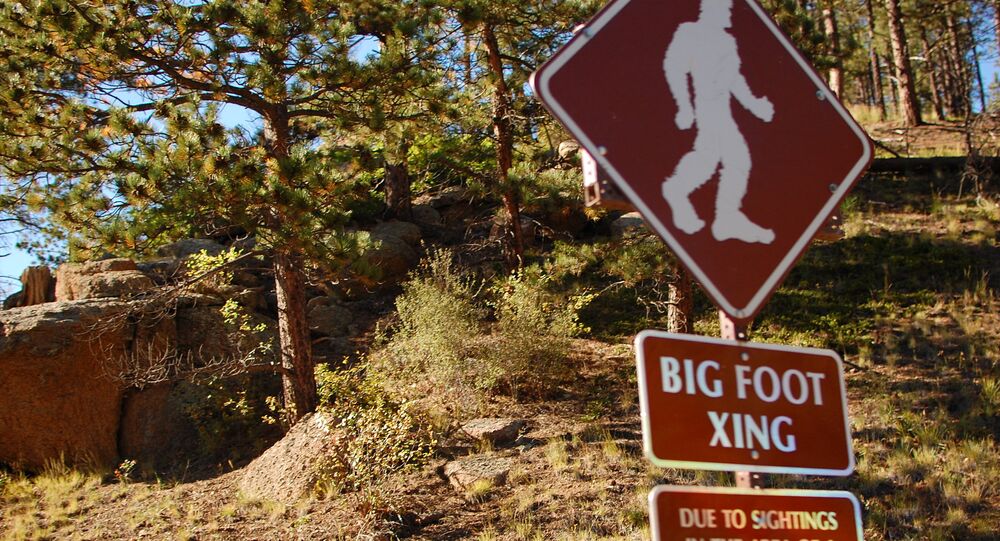 Thanks to a Freedom of Information Act request, the FBI has released a collection of files related to a 1970s investigation of “the Bigfoot phenomenon,” a mythical apelike creature said to roam the mountains of Oregon, Washington State and British Columbia.

On Wednesday, the FBI released 22 pages' worth of documents from a 1976 correspondence between the bureau and the Bigfoot Information Center in Oregon, thanks to a FOIA request by John Greenewald of The Black Vault.

© Photo : Pixabay
In Search of Sasquatch: Could Mars Be Home to the Missing Link?

In the collection of letters, Peter C. Byrne, the director of the center, which was sponsored by the Academy of Applied Science in Boston, seeks help from the FBI in analyzing 15 hairs he can't identify.

Noting his belief that, "from time to time," suspected Bigfoot hairs have been sent to the FBI, Byrne's August 26, 1976, letter to the FBI offices in Washington, DC, requests the bureau to "set the record straight once and for all, inform us if the FBI has examined hair which might be that of a Bigfoot; when this took place, if it did take place; what the results of the analysis were."

"Please understand that our research here is serious," he pleads. He included clippings from a July 1975 issue of the Washington Star-News, which referenced a US Army Corps of Engineers manual titled "Washington Environment Atlas." That atlas reportedly stated that "a sample of reputed Sasquatch hair was analyzed by the FBI and found to belong to no known animal."

While the FBI's then-assistant director of its Laboratory Division, Jay Cochran Jr., responded that no such files existed, he did note that "the STS [Scientific and Technical Services] Divison's Laboratory Branch has a history of making its unique services and expertise available to the Smithsonian Institution, other museums, universities, and government agencies in archaeological matters and in the interest of research and legitimate scientific inquiry," and had Byrne sent the hairs to the lab for examination.

"The hairs which you recently delivered to the FBI Laboratory on behalf of the Bigfoot Information Center and Exhibition have been examined by transmitted and incident light microscopy. The examination included a study of morphological characteristics such as root structure, medullary structure and cuticle thickness in addition to scale casts. Also, the hairs were compared with hairs of known origin under a comparison microscope," Cochran wrote.

"It was concluded as a result of those examinations that the hairs are of deer family origin."

While uncountable stories of encounters with a tall, hairy, ape-like creature turn up every year, rumors of a hairy wild man roaming the mountains of the Pacific Northwest long predate European settlement.

"We don't talk too much about what is known about Sasquatch, to the point where it's actually taboo to even say the Sahaptin name for Sasquatch," a Yakama tribal member told Sputnik Wednesday, noting the ambiguity is out of "respect for power and things we don't understand."

"But one of the old tribal beliefs is that Sasquatch may actual be a spirit or inter-dimensional traveler and isn't just an ape-like species," they noted.

We guess this is just one more question the FBI can't quite solve. Although some on Twitter noted that it hadn't not been solved, either:

Mueller was unable to prove that Bigfoot doesn’t exist. If he were confident Bigfoot didn’t exist, he would have said so.

​Just last week, the New York Times basically admitted the Pentagon has known about UFOs for decades in a story about US Navy pilots' encounters with the unknown objects.

US Congressional Candidate Trashes Rival as ‘Devotee of Bigfoot Erotica’