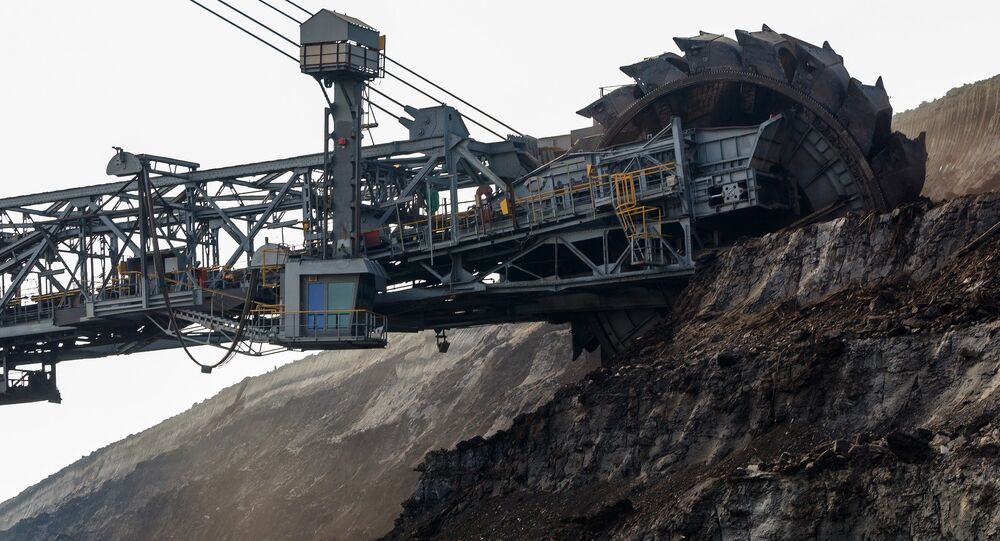 US Announces Action Plan to Boost Supplies of 35 Critical Minerals

WASHINGTON (Sputnik) - The Trump administration has developed an action plan to protect and grow supplies of 35 critical minerals vital for advanced technology, the Commerce Department revealed in a report.

"The report contains a government-wide action plan, including recommendations to advance research and development efforts, increase domestic activity across the supply chain, streamline permitting, and grow the American critical minerals workforce", a press release accompanying the report said on Tuesday.

The report also calls for closer cooperation with allies such as Japan, Australia and the European Union, and directed reviews of government permitting processes to speed up domestic mining.

© AP Photo / Andy Wong
China Might Use Rare Earth Minerals as Trump Card in Trade War - Reports
The United States remains extremely reliant on imports for more than 50 per cent of domestic demand for 29 of the 35 listed minerals and lacks any domestic production for 14 of them, the release said.

"The United States is heavily dependent on foreign sources of critical minerals and on foreign supply chains resulting in the potential for strategic vulnerabilities to both our economy and military", the Commerce Department said.

"If China or Russia were to stop exports to the United States and its allies for a prolonged period, as was the case with China's rare earths embargo in 2010, an extended supply disruption could cause significant shocks throughout the U.S. and foreign critical mineral supply chains", the report warned.

The report calls for a combination of short-term measures, such as stockpiling, and longer-term moves to catalyze exploration, design and construction of new mines, as well as re-establishing domestic downstream manufacturing supply chains.