WASHINGTON (Sputnik) – The US State Department approved a potential sale of F-16 fighter jets and support equipment to Bulgaria in a deal worth more than $1.6 billion, the Defence Security Cooperation Agency (DSCA) said in a press release on Monday.

"The State Department has made a determination approving a possible Foreign Military Sale to the Government of Bulgaria of F-16C/D Block 70/72 aircraft with support for an estimated cost of $1.673 billion", the release said.

US Secretary of State Mike Pompeo said last December that Washington was committed to collaborating with Sofia to ensure its acquisition of F-16 fighter aircraft meets the country’s budget limits.

Over the last 25 years, the US has provided over $200 million in security assistance to Bulgaria to bolster its military capabilities. Future investments will continue to prioritize Bulgaria's development and interoperability with NATO countries, according to Pompeo. 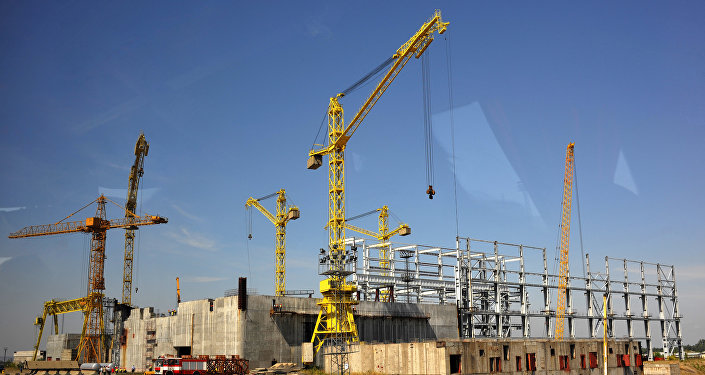 © AFP 2019 / DIMITAR DILKOFF
Rosatom Ready to Ensure Bulgaria's NPP Construction Within Short Time - Moscow
Meanwhile, Soviet-made MiGs aircraft amount to a huge part of Bulgaria's combat aircraft fleet. Their replacement with newer NATO-compatible fighter jets has been reportedly on the agenda of the country's authorities over the past decade. In 2017, local media reported that Sofia had signed a deal with Russian aircraft company MiG to repair its aircraft. However, the Bulgarian Defence Ministry has denied this information.

In December 2016, the Bulgarian Defence Ministry filed requests to the United States, Sweden, Italy and Portugal to submit commercial offers over deliveries of a new type of fighter jets. In April 2016, the Bulgarian government approved the acquisition of a squadron of new multirole fighter aircraft and two naval patrol vessels. The combined procurement costs amount to 3 billion Bulgarian leva (over $1.7 billion).