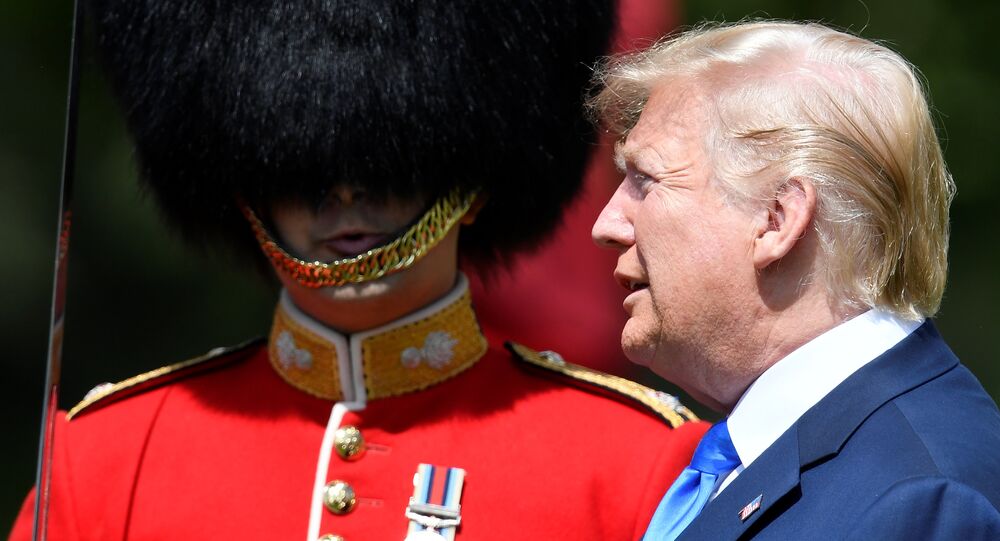 US President Donald Trump and First Lady Melania arrived in the United Kingdom on Monday for a three-day state visit during which the US president is reportedly expected to underscore the importance of the bilateral relationship between both countries amid concerns over Brexit and the recent resignation of UK Prime Minister Theresa May.

According to the White House, cited by Reuters, Trump supports a Brexit that will not affect global economic and financial stability while also securing independence for the United Kingdom.

Trump said earlier on Monday that discussions are already underway on a trade agreement with the UK. "A Big Trade Deal is possible once the UK gets rid of the shackles. Already starting to talk!" Trump said in a tweet.

READ MORE: Trump Wants to Weaken the EU and the UK Via Brexit – Professor

Trump and Melania landed on the lawn of Buckingham Palace, where Queen Elizabeth welcomed them for a full day of royal ceremonies. The first couple was treated to a viewing of the royal gift collection at the palace, followed by a tour of Westminster Abbey, tea with Prince Charles and Camilla, and a state banquet with the Queen.

© REUTERS / Kevin Lamarque
Royals Brace for Trump Visit in Fear He'll Back Brexit at UK Banquet - Report
The United Kingdom remains deadlocked over Brexit, since UK parliament rejected the withdrawal agreement negotiated with the European Union. The bloc has repeatedly stressed it would not renegotiate. The United Kingdom did not leave the European Union on 29 March, as originally expected, and was given a new deadline of 31 October.

UK Prime Minister Theresa May has announced that she would be stepping down as Conservative leader and, subsequently, as prime minister, on 7 June, after failing to achieve a consensus in parliament and within her own party over the country's withdrawal from the European Union.

Frontrunner Johnson Vows to Deliver Brexit, 'Deal or No Deal', In Campaign Video