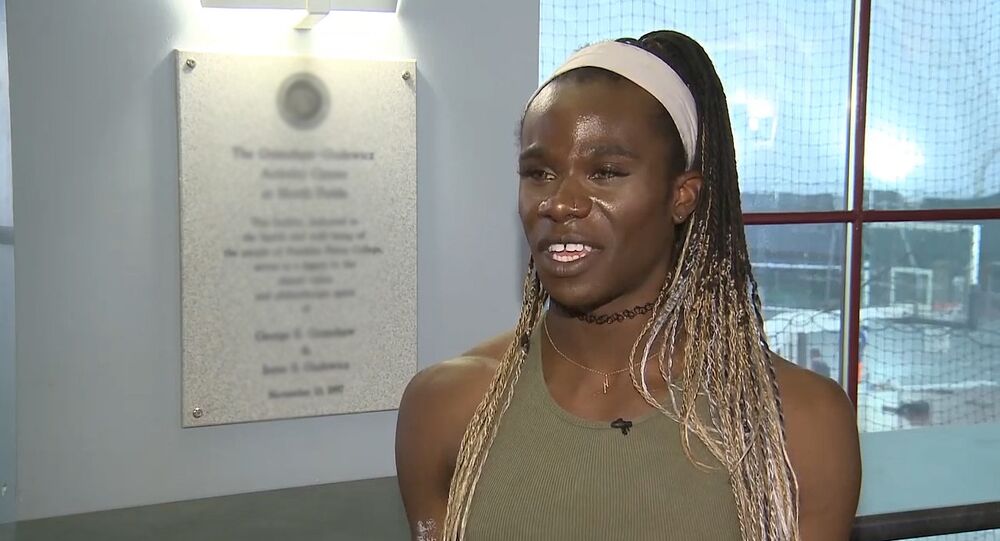 CeCe Telfer resigned from the men's team and underwent gender re-assignment surgery before joining the women's team last October. She was born and raised as Craig and competed in the men's athletics events at Franklin Pierce University in New Hampshire between 2016 and 2018 even though she identified as a woman.

Almost all fans, however, were quick to accuse Tefler of having an “unfair” advantage, insisting that she should be stopped from competing against women.

This is getting beyond ridiculous. Natural born female sport is now in absolute crisis and if this is permitted to continue unchecked, XX chromosome World and Olympic records will shortly be consigned to history. XX female athletes cannot beat CeCe, it's simply not a fair fight!

Such a shame they allow this, if he is born a man he is a man! Should not be in womens sports!

Lol…He found the loophole in the system, he's a smart guy pic.twitter.com/gvla699XRn

Gee, I wonder why this person won.

I am so thinking this is not fairness or sporting. Create a new category.

One Twitter user went so far as to call Telfer a “smart guy” who “found the loophole in the system”.

Some users called for creation of a special division introduced for transgender athletes so that fair competition in sport can be ensured.

until women STOP running or competing against Transgender, this will continue. There has to be a "Transgender male and female" category added, period.

A Transgender category people are suggesting would just be another MEN category. No natural born women would go in it and they all grew up as male

This is unfair. They should just create a category for transgender people. It causes confusion!!!

NCAA guidelines stipulate that male athletes are eligible to compete as women if they suppress their testosterone levels for a full calendar year.

Telfer's couch Emerson, for his part, said that she has been “incredibly motivated this year and I think the transition one million percent had something to do with that”.

“It's like night and day as far as what she was willing to do as an athlete and how committed she was”, he added.