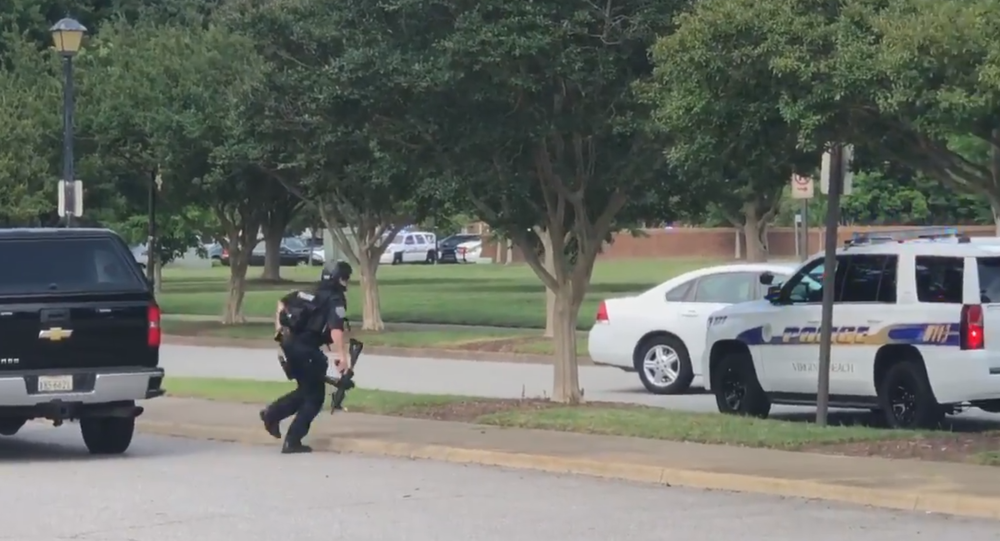 A shooter at the Virginia Beach Municipal Center Friday afternoon killed 12 people and injured six before being killed by police. The injured were taken to local hospitals for treatment, including one who was taken to a Level 1 trauma centre by medivac helicopter, local hospitals said in a statement Friday evening.

Virginia Beach Police Chief James Cervera said at a press conference Friday evening that the suspect was a longtime employee in the public utilities department who "immediately began to fire indiscriminately at victims" in Building 2 of the city's municipal centre after entering the building around 2 p.m. The suspect was killed in an exchange of gunfire with police who responded to the incident.

The police chief revealed that the gunman had killed 11 people and wounded six, one of whom is a police officer who was "saved by his vest." The "devastating incident" will "change the lives of a number of families in our city," he said.

Later, the police reported that one more victim succumbed to injuries on the way to hospital, bringing death toll to 12.

Virginia Beach Mayor Bobby Dyer said that it was "the most devastating day in the history of Virginia Beach."

The Virginia Beach Police Department confirmed in a tweet shortly after news of the attack broke that there was a shooting at the centre's Building 2 and that the shooter had been taken into custody.

​The nearby courthouse and the Sentara Princess Anne Hospital were placed on lockdown while police cleared the scene.

​A reporter on the scene described people filing out of Building 2 in the complex, which contains planning functions such as public works, public utilities, communications and information technology, traffic engineering, school services and the mail room.

Multiple people who were evacuated reported seeing several casualties, including a woman who appeared gravely wounded.

​The medivac helicopter at the nearby Sentara Norfolk General Hospital was also seen taking off in the direction of the municipal centre.

​Officials with the FBI are on the scene and assisting in the investigation.